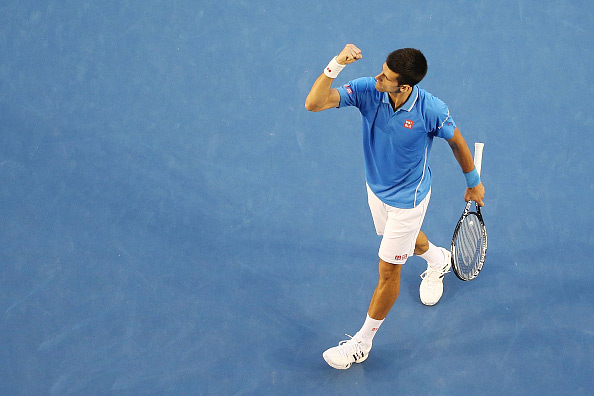 World no.1 Novak Djokovic overcame a difficult start on Saturday to move into the Australian Open fourth round with a 7-6 (8), 6-3, 6-4 win over no.31 seed Fernando Verdasco at Rod Laver Arena in Melbourne.

Novak was unable to capitalise on his six break point chances in the first set. He converted his fourth set point in a tie-breaker to win it 10-8 after an hour of play.

The top seed kept the momentum going. He raised his game and broke Verdasco once in both second and third sets to seal the straight-sets victory and book a spot in the last 16.

Djokovic won 82% of his first service points and 18 of 21 net approaches in a two hour, 21 minute clash. He now leads the Spaniard 7-4 in H2H meetings.

“The turning point was probably winning the tiebreaker as close as it was,” Novak said. “I thought I served very well. What I could have done better was capitalizing on breakpoint opportunities, especially in the first set. But credit to him for playing well, serving very well, especially down the T. I thought it was a good match. It was a big challenge for both of us. He was a former top-10 player. Somebody that loves playing on the big stage, a powerful game. I’m glad to go through in straight sets.”

Novak will play against world no.42 Gilles Muller for a place in the quarter-finals. The former world no.1 junior upset no.19 seed American John Isner 7-6, 7-6, 6-4.

It will be the first career encounter between the two.

Looking ahead to the match against Muller, Djokovic said: “He’s been on the tour for many years. Best junior in the world. He’s got a great serve, lefty. So I think the match tonight will help me in the next one, as well. He struggled with injuries last couple years, but I think last six months has been playing some of his best tennis. Finals in Sydney. Now fourth round. Winning against Isner in straight sets is never easy. He has done that. So he deserves respect. I need to be obviously very alert and hopefully I can return well, which is going to be one of the keys of the match.”

The 27-year-old Belgrade native is making his 11th appearance at Melbourne Park. The four-time former champion has improved to a 46-6 record.