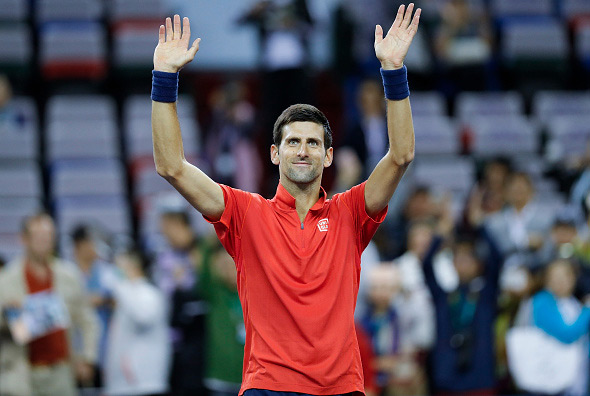 Defending champion Novak Djokovic remained on course for a fourth Shanghai Rolex Masters crown on Friday as he rallied from a set and a break down to beat qualifier Mischa Zverev 3-6, 7-6 (4), 6-3 and advance into the last four.

The world no.1 reached his seventh straight semi-final in Shanghai and scored his 30th ATP Masters 1000 match win of the season in two hours and 20 minutes.

Zverev secured the first set with two breaks of serve and was up 2-0 in the second set. Novak broke back immediately and converted his chance in the seventh game to move ahead, but his rival put up resistance and fought back to force a tie-breaker. Novak won it 7-4 and the match went to a decider.

A break in the second game proved crucial as the top seed kept the advantage till the end to seal his 59th victory in 2016.

“It was the most entertaining match of the tournament for me. I had to dig myself out of the hole,” Djokovic said. “He was the better player for most of the first part of the match. He played well tactically. He slowed down the pace. I knew his game, but I haven’t played him in many, many years. I wasn’t striking the ball very well from the beginning of the match, to be honest. I was quite flat with my feet. After that I started coming to the net more, just being more constructive with the point. I played solid at the end of the second and third sets.”

For a place in the ATP World Tour Masters 1000 event final, Novak will play against no.15 seed Roberto Bautista Agut whom he leads 5-0 in career H2H meetings. The Spaniard ousted ninth-seeded Frenchman Jo-Wilfried Tsonga in straight sets (6-3, 6-4).

Djokovic is chasing his eighth tour-level title of the season and bidding to add to the Shanghai trophies he won in 2012, 2013 and 2015.