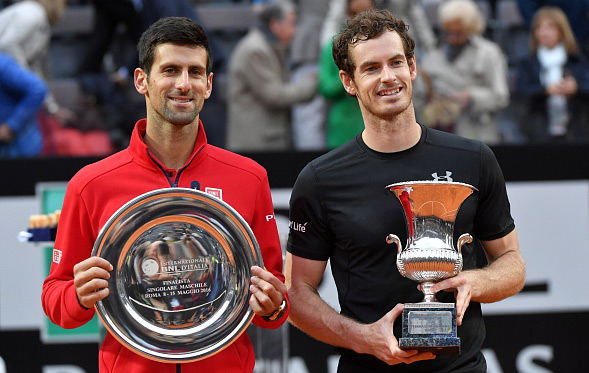 Andy earned three chances for break in Novak’s first service game. The world no.1 denied them all and secured the early hold after 11 minutes of play. He was not as fortunate two games later when the Brit grabbed the first break of the match.

Murray carried his momentum into the second set, and with two more breaks, sealed his 10th victory in 33 meetings against Novak, his first on clay.

“Andy was playing on high level. He deserved to win the tournament, because he was the best player out there,” Novak said. “My confidence level is high, I played a lot of matches. I’m going to Paris hoping that I’m fresh and healthy.”

It was Novak’s last tournament ahead of the second Grand Slam of the year, the Roland Garros, taking place in Paris from May 22 to June 5.

The 28-year-old Serb will be aiming to win his first French Open title and become the eighth man in history to complete the career Grand Slam.