Novak: Halle has an exceptional venue with a great atmosphere! 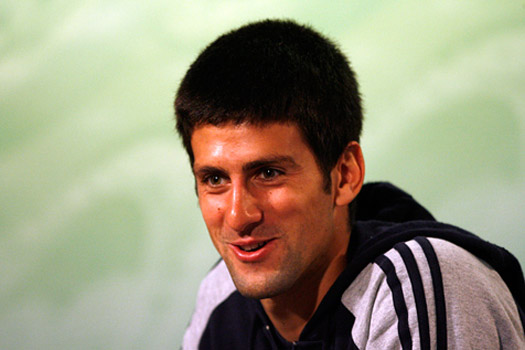 The organisers of the ATP World Tour 250 event are happy that the best Serbian tennis player Novak Djokovic is making his debut at the tournament.

”We are delighted that Novak is playing in Halle. Since he came here on Wednesday he’s been friendly and charismatic. What we’ve seen so far, this is going to be a great week both for Novak and for the tournament.”

Novak has only nice words for his first grass court tournament in 2009.

”This is an exceptional venue with a great atmosphere,” he said. “I really like to play on grass as it is one of the quickest surfaces on the Tour. Every ball-change, every event happens really quickly on grass.”

This maybe Novak’s debut at the Gerry Weber Open tournament, but not his first time in Halle, where he trained three years ago.

”I trained here for a few days before the tournament so I remember the first-class venue from back then”.

In order to lift the trophy Novak will have to win five matches. Five time champion and the Roland Garros winner Roger Federer is among the participants.

”I obviously know how much Roger likes this tournament and how well he plays here, but I can and want to make life hard for him,” said Djokovic. “A victory for me here – now that would be fantastic.”