Novak: I was close in all three sets! 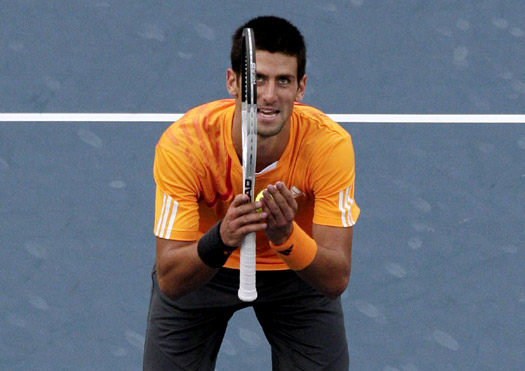 After Roger Federer defeated him in the US Open semi-finals, Novak wasn’t hiding disappointment with the way he lost.

‘I had the feeling that I was close all three sets. It’s just that when I get close, when I am able to get to the break points or I’m up a break, I just start making some unforced errors. And I don’t want to mention the word luck, but I didn’t have it today. That’s why I’m a little bit disappointed’, said Novak at the press conference after the match.

The best Serbian tennis player made a break in the sixth game of the first set to go up 4-2, but Federer immediately broke back and then held to level the score.

‘I think that’s the worst game I played all match. Who knows? If I was 5-2 up, a lot of things can change. If you win a set, it’s a big advantage. You could get the confidence and the opponent starts being a little confused and gets out of the comfort zone’, added Djokovic.

He also had his chances in the second and third set, but failed to use them.

‘I was trying to push myself and kind of wait for opportunities. When they have been given to me, I didn’t use them. Again. That’s what is a little bit disappointing. You’re right there. You have to make an extra step, and you don’t’, he said.

‘But that’s tennis. I have lost it. I had the opportunity and I didn’t use it, so that’s why I regret. But, you know, there are many more years to come’, concluded Novak.