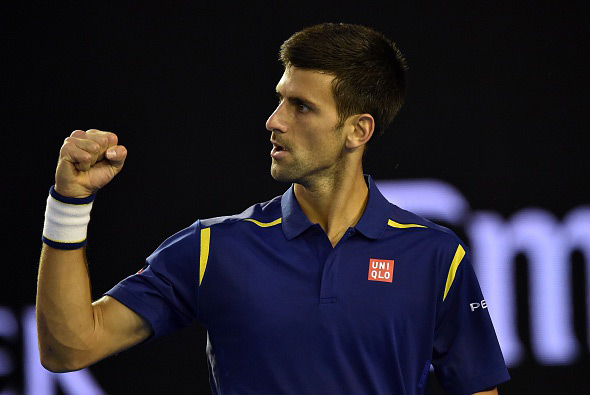 Top seed and five-time defending champion Novak Djokovic has put on another masterful performance at Australian Open 2016, breezing past 17-time major winner Roger Federer 6-1, 6-2, 3-6, 6-3 in two hours and 19 minutes to progress to his sixth final in nine years at Melbourne Park.

Novak now holds a 23-22 lead against the Swiss, and is ahead in their head-to-head rivalry for the first time.

The world no.1 was brilliant in the first two sets. He broke Federer’s serve twice in each, denying his rival a single break point opportunity, for a two-set lead in just 54 minutes.

Roger fought back to take the third set 6-3, but Nole stood strong. The 28-year-old Belgrade native made a crucial break in the eighth game of the fourth set and claimed victory in thrilling fashion with a service hold to love.

“I played unbelievable in the first two sets,” said Djokovic. “It was necessary against Roger, who was playing at a very high level during this tournament. I knew he would be aggressive. I came out with the right intensity and executed everything perfectly. The two-set lead was comforting, but it was a battle in the end. At the end of the day, it’s important that your convictions are stronger than your doubts.”

The Dunblane native prevailed over Milos Raonic (13) in five sets in the second semi-final.