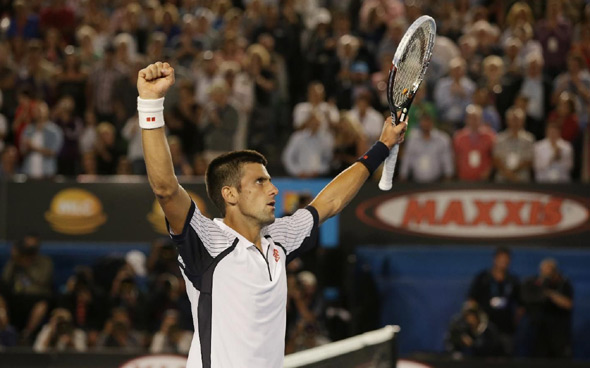 While biding to become the first three-peat Australian Open champion in the Open Era (since 1968), and looking to win his fourth title in Melbourne, Novak continues accomplishing outstanding streaks and records, making history of the grand sport.

The world no.1 will play in his 11th straight Grand Slam semi-final on Thursday at 19.30 local time (09.30 CET), moving one clear of Rod Laver and Ivan Lendl for consecutive last-four appearances.

Champions like Rafael Nadal and Boris Becker made five Grand Slam semis in a row, John McEnroe and Andre Agassi four, while Pete Sampras accomplished the feat only three times.

Before this remarkable streak, Nole had one of five consecutive Grand Slam semi-finals starting and ending with Roland Garros 2007/08.

Since turning 21, Djokovic lost only twice before the quarterfinals of a major event, to Marat Safin in the second round of 2008 Wimbledon, and to Philipp Kohlschreiber in round three of the 2009 French Open.

When it comes to meetings with David Ferrer, it is interesting to say that they played against eachother twice in Melbourne. Novak won in straight sets on both occasions and went on to win the Australian Open titles (2008 and 2012).

The 2013 semi-final on Thursday will be their 15th career encounter, Novak won nine of their 14 matches (eight of 10 on hard court).