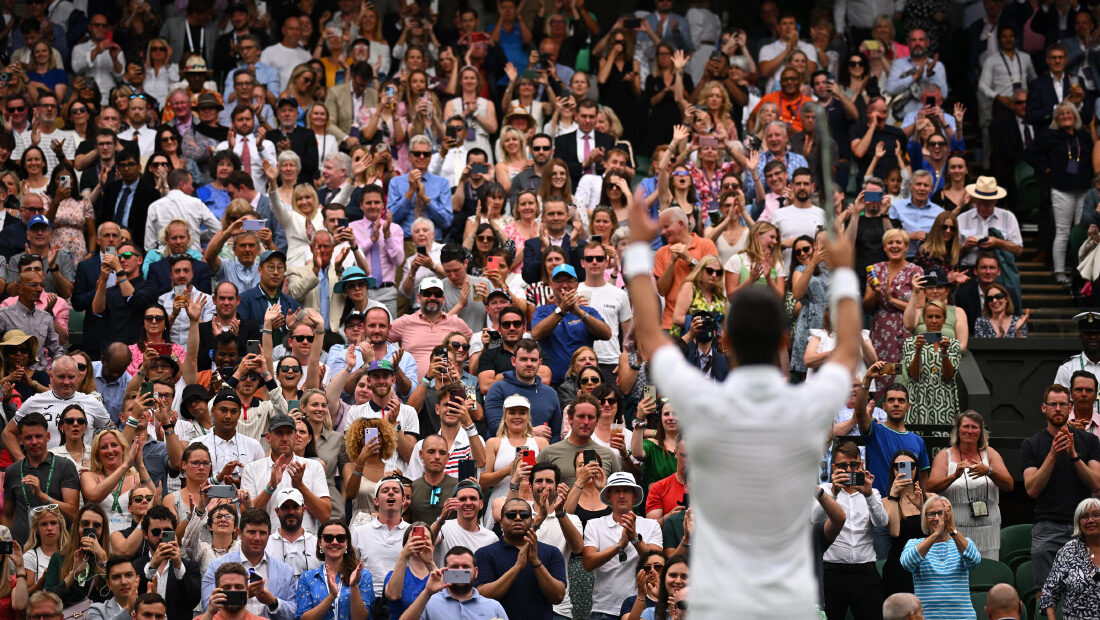 Novak continued his pursuit of a seventh Wimbledon title as he reached the last eight with a four-set victory over Dutch wildcard Tim van Rijthoven.

The Serbian star advanced after two hours and 37 minutes of play.

Novak was challenged by his opponent’s powerful serve and forehand, but he produced a brilliant response to dropping the second set. The top seed raced to a 5-0 lead in the third set to re-estabish his dominance. He wrapped up the win breaking twice more in the fourth set.

“He was a very tough opponent, and on a streak on this surface, so I knew it wasn’t going to be easy with that serve and his touch and a lot of talent. It took me a little bit of time to get used to his pace and the conditions under the roof, but overall I closed out the match well,” Novak said after his fourth-round triumph on Centre Court. “I am looking forward to the next challenge.”

Novak will look to continue his run when he plays 10th seed Jannik Sinner (ITA) on Tuesday.

In the same half of the draw, David Goffin (BEL) will take on Cameron Norrie (GBR).

Djokovic is bidding for a fourth successive triumph at the All England Club and his 21st Grand Slam title.