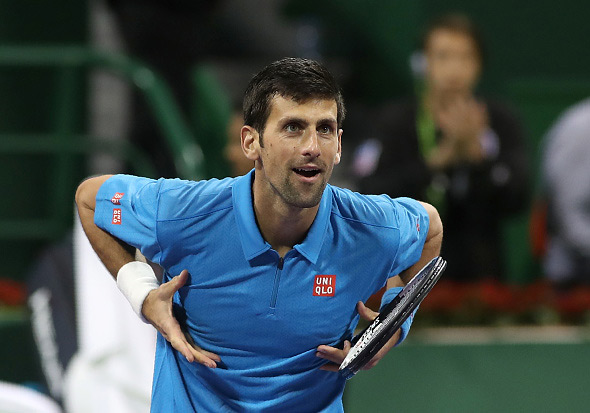 The 29-year-old Belgrade native converted four of six break points and saved three of four on his serve. The match lasted one hour and 31 minutes.

Novak proved strong from the start of the first set, breaking the Czech for a 2-0 lead. Stepanek broke in the seventh game and had a game point to level at 4-all, but Djokovic went on to break right back and regained control. The second seed broke twice in the second set, in the first and ninth games, and improved his H2H record with Radek to 13-1.

“It’s exciting, you obviously want to start the year off in the best possible way, that’s three wins out of three,” said Djokovic. “It’s always a great test in these kind of conditions, it’s never easy for the players.”

Novak next takes on world no.42 Fernando Verdasco (8-4 H2H). They last met in the second round of Doha event last year when the Serb recorded an easy 6-2, 6-2 win.