Novak through to last 16 after Youzhny retires 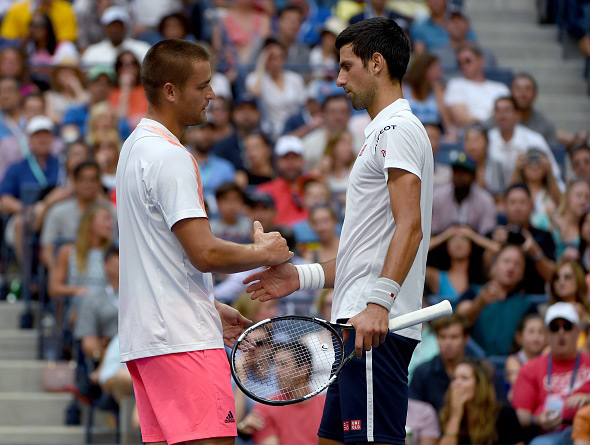 Serbia’s Novak Djokovic moved into the US Open fourth round as Mikhail Youzhny retired injured at 4-2 for the defending champion.

The Russian world no.61 couldn’t continue after undergoing treatment in the first set.

It was an impressive six games from the top seed. He looked sharp and his serve was working well. He broke early and raced to a 3-0 lead. As soon as the trainer was called by Youzhny at 4-1, it was clear he was struggling. The former ATP no.8 came out for the sixth game of that first set, and won it, but was forced to throw in towel after 31 minutes of play.

“It’s difficult to pick the words now. I don’t think I’ve ever had this situation – a second round walkover and 30 minutes only in the third round,” Novak said. “Obviously I wish Mikhail a speedy recovery. He carried the injury into this match, that’s what he said. I’ll try to get the positives out of these six games. I started well, with good intensity, so I’ll try to carry that into the next match.”