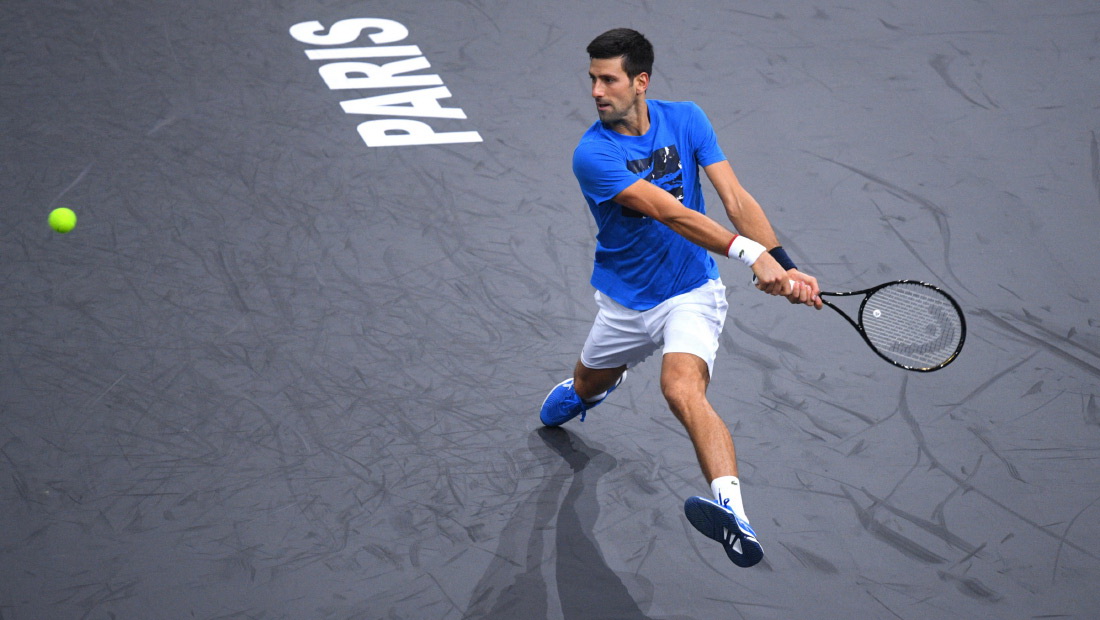 Top seed Novak Djokovic began his bid for a record-extending fifth Rolex Paris Masters title in the second round action on Wednesday.

Novak rallied from 3-5 down and saved two set points in the first set, then broke the French lucky loser as the 20-year-old served for the opener, before returning to his usual form and progressing in straight sets.

The Belgrade native capitalised on three of his seven break points, while the Frenchman converted two of his six break point chances.

“I didn’t feel health-wise 100 per cent in the last couple of days. It’s not the first time I didn’t play at a very high level. Lots of errors, especially in the first set,” Novak said. “First time against a young, talented, very quick player. Returns a lot of balls that usually other guys wouldn’t get. He was pumped, and I respect his fighting spirit. It was a good match in the end, and I found a way to win, which in these circumstances, when you’re not feeling your best, is important.”

Novak goes on to play Kyle Edmund on Thursday for a spot in the last eight (H2H 4-1). The British star eliminated 14th seed Diego Schwartzman (ARG) 7-5, 6-3.