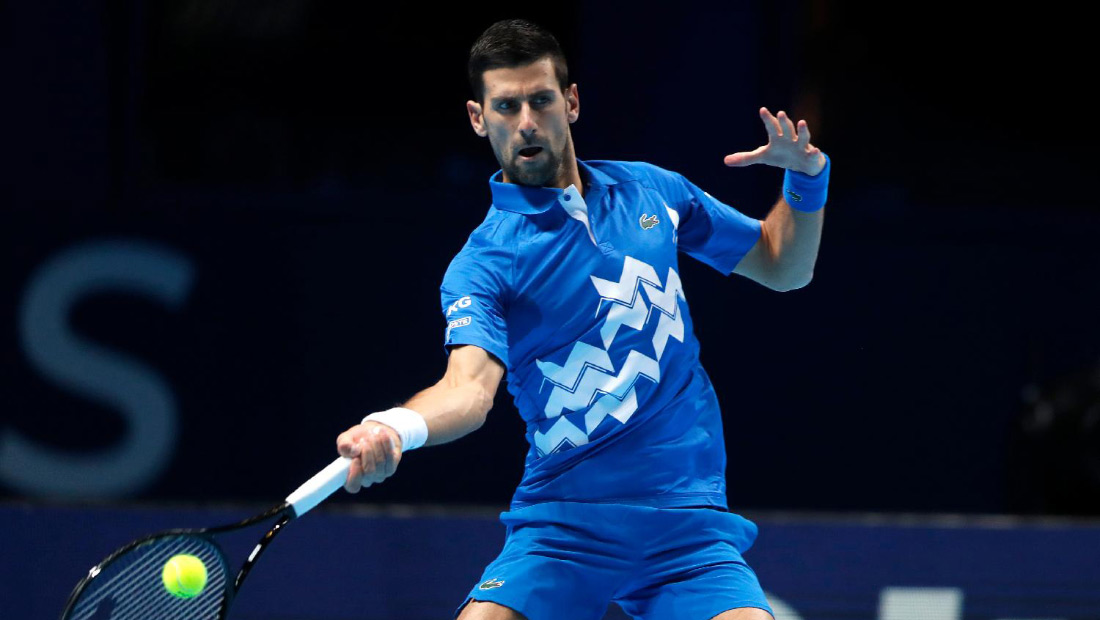 Nole was comfortable on his return to the ATP Finals. He improved to 12-1 in opening round robin matches.

World no.1 Novak Djokovic started his Nitto ATP Finals run with a 6-3, 6-2 win over eighth seed Diego Schwartzman on Monday.

The top seed defeated the Argentine debutant in 78 minutes in his first match at the season finale to move to 1-0 in Group Tokyo 1970.

After dropping serve early in the match, Novak recovered quickly to break his rival four times, twice in the first and second sets.

With his sixth win in as many ATP H2H meetings against Schwartzman, Novak equalled Andrey Rublev’s Tour-leading total of 40 victories this season.

“The beginning of the match wasn’t that great for me. He broke my serve in the third game and I managed to break back. It was a close encounter until I broke his serve at 4-3 and managed to close out the first set,” said Djokovic in his on-court interview. ”In the second set, I started swinging through the ball a little more with a bit less hesitation from both corners. I am very pleased with the way I played, especially in the second set. It was a good opening match and I’m looking forward to the next one.”

Novak is pursuing his sixth trophy at The O2. The 33-year-old Serbian star now owns a 37-14 record at the event.

Djokovic will play his second round robin match on Wednesday at 20:00 local time (21:00 CET) against no.4 seed Daniil Medvedev.