Novak marches on at Wimbledon 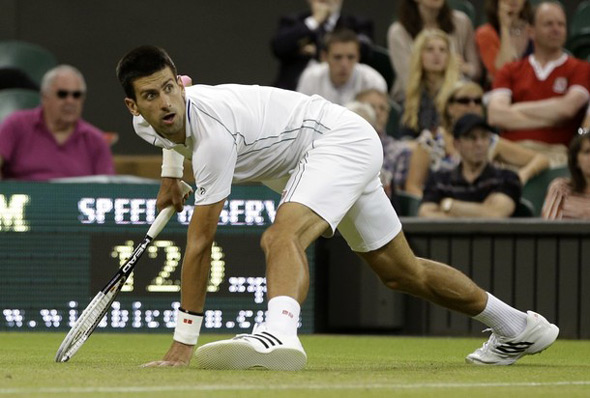 World no.1 and top seed Novak Djokovic eliminated Ryan Harrison 6-4, 6-4, 6-4 on Wednesday for a place in the third round at The Championships.

The defending champion hit 8 aces past the American in the pair’s second meeting. The Serb also won 25 of 40 points at the net and converted all three of his break point chances in the match that lasted 4 minutes short of two hours.

Novak broke his opponent’s serve once in each set to advance at the All England Club. He was challenged only in the sixth game of the second set when he needed to save six break points, but he remained on course and sealed the straight sets late-night victory under the closed roof on Center Court.

“It was a straight-sets win, but it was much more difficult than the scoreboard suggests,” Djokovic said. “I thought he played really well. He had his chances in the second set. But other than that sixth game I thought I served really well. I was winning comfortably in my service games, and I got the crucial breaks when I needed to, which is an encouraging fact for the next rounds.”