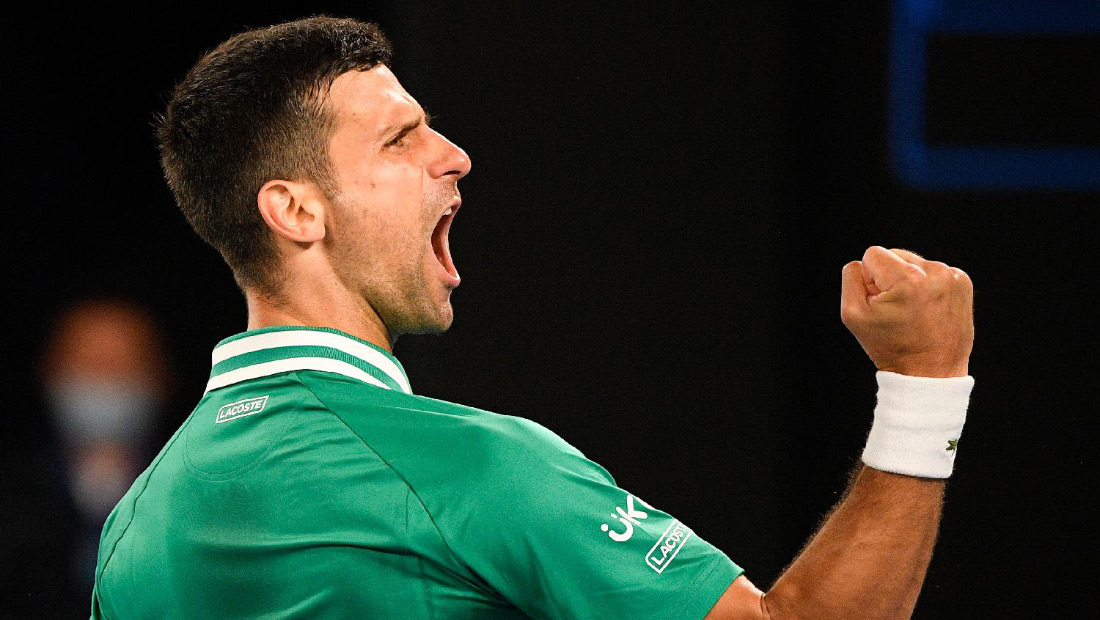 Top seed and eight-time titlist Novak Djokovic booked his place in the Australian Open semi-final, rallying from a set down to beat Alexander Zverev 6-7 (6), 6-2, 6-4, 7-6 (6) on Tuesday.

Novak got off to a slow start against the German, but rallied for a four set win after three hours and 30 minutes on Rod Laver Arena.

The reigning champion hit back strongly after losing a tight opening set on a tiebreak. While the first set took an hour, Djokovic needed only 29 minutes to grab the second, breaking his rival twice.

Though he trailed 0-3 in both the third and fourth sets, Nole, the ultimate competitor, pulled himself together and turned them around to seal his 80th match win at Melbourne Park (80-8 W/L record).

Djokovic saved nine of 12 break points, including a set point at 5-6 in the fourth set – with an ace, to earn his sixth H2H triumph in eight matches against Zverev.

“There were a lot of turnarounds today, it’s hard to pick one moment. Rolercoaster of a match. Down to the very last shot it was anybody’s match, really tough. There were a lot of nerves out there, a lot of pressure. I feel exhausted because we pushed each other to the limit,“ said Novak. “I didn’t start well and needed time to feel fine in terms of rotation and hitting. After the first set, I just started moving better, playing better. I served extremely well. I had slightly more aces than him, which, for me, is a miracle when playing against a big server like Sascha.”

Now into the last four for the ninth time, Novak will face world no.114 Aslan Karatsev.

The Russian qualifier made history on Tuesday, becoming the first man in the Open Era to reach the semi-finals on his Grand Slam debut.

“To be honest, I hadn’t seen him play at all before the Australian Open,” said Djokovic. “Of course, I have seen him play during the tournament. He is a very strong guy. He moves well and has a lot of firepower from the back of the court. He has a great backhand. He is from the Russian school of tennis, they always have great backhands. He serves well and is motivated. He has nothing to lose.”