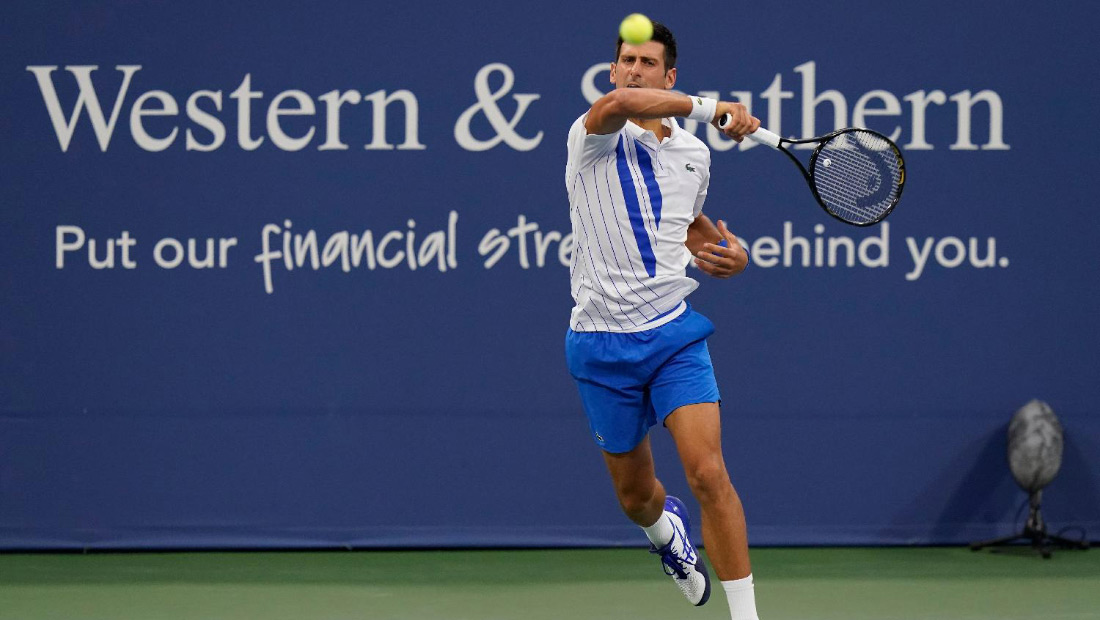 World no.1 Novak Djokovic has made it through to the semi-finals of the Western & Southern Open for the eighth time when he faced Jan-Lennard Struff on Wednesday.

Novak sailed past the German with confidence, converting five of his nine break point chances, and saving two of the three break points he faced.

The 17-time Grand Slam titlist improved to a perfect 21-0 record on the season.

“It was great. I started a little bit tight in my opening couple of service games. Ever since I made that break at the beginning of the first set, I never looked back,” said Djokovic. “I really played very aggressive whenever I had the chance and I was going for my shots.”

For a place in the Cincinnati Masters final, Novak will play Roberto Bautista Agut (on Friday), who rallied past defending champion Daniil Medvedev 1-6, 6-4, 6-3.

Djokovic leads their overall H2H 8-3, but the Spaniard has won their past three hard-court matches.

Looking ahead to the next challenge, the Serbian star said: ”We always expect Roberto to play on a certain level. He doesn’t drop much. He doesn’t give it away. You have to earn your points. He is so solid from the back of the court. Roberto found a way against Medvedev and that is obviously a virtue of champions.”

Nole is seeking his second Western & Southern Open trophy after completing the Career Golden Masters at the ATP 1000 event in 2018.