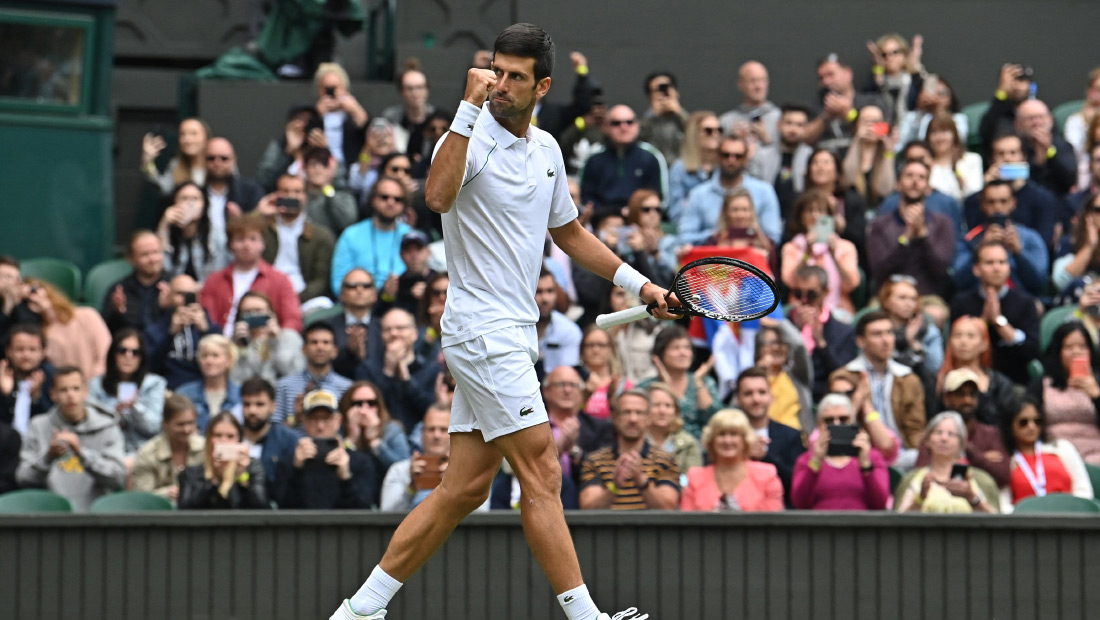 Novak moves into last 16 at The Championships, faces Garin next

Defending champion Novak Djokovic reached the last 16 at Wimbledon for the 13th time.

The Serbian star is through to the second week of the prestigious grass court Major tournament by defeating world no.114 Denis Kudla in straight sets 6-4, 6-3, 7-6 (7) on No.1 Court.

The top seed cruised through the first two sets but then had to fight back from 1-4 down in the third set tie-break and had saved a set point before sealing the win, moving one step closer to retaining his Wimbledon title.

“I have to give credit to Denis for playing really well,” Djokovic said. “The third set was very close. He played a great three sets today, he was a bit unlucky in the tie-break, he was in front for most of it. I somehow found the way to win.”

For a place in the Wimbledon quarter-finals, Novak will play against no.17 seed Cristian Garin of Chile (1-0 H2H) on Monday.

The world no.1 is now the first man to win at least 75 matches in all four Grand Slams.