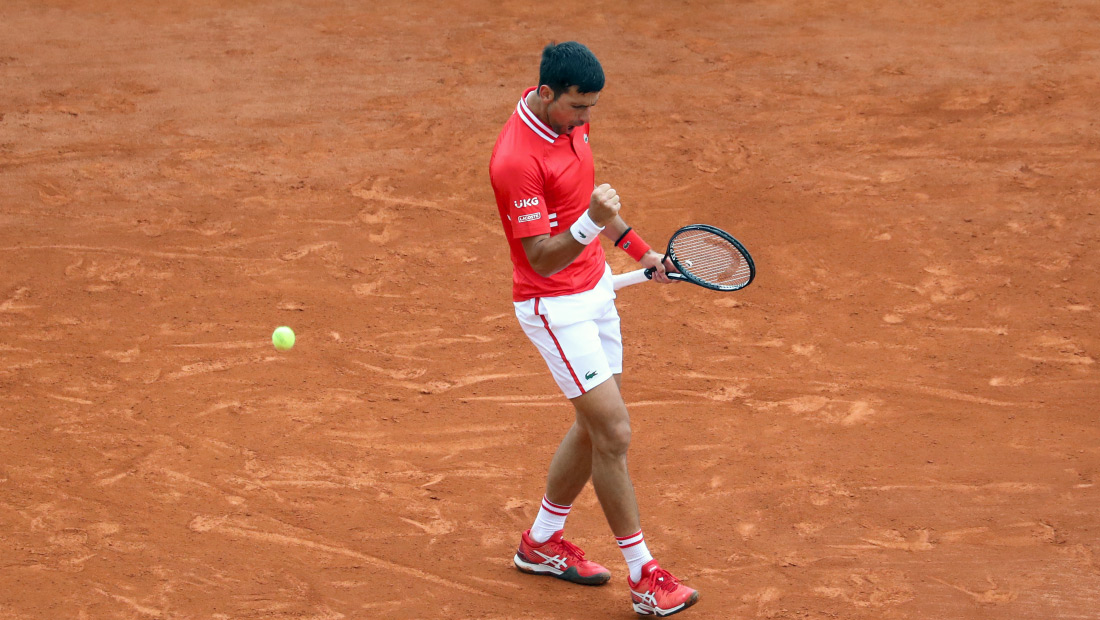 Novak moves into Monte-Carlo third round

Nole claimed his first win of the European clay swing, recording the straight sets victory on Court Rainier III on Wednesday, in one hour and 34 minutes.

World no.1 and two-time Rolex Monte-Carlo Masters champion Novak Djokovic defeated the 2021 Miami Open runner-up, Italian Jannik Sinner, 6-4, 6-2 in their first career encounter, to advance into the last 16 in the Principality.

It was Novak’s first match since claiming a record-extending ninth Australian Open title.

The players had traded breaks twice before the 33-year-old Serbian star managed to take the topsy-turvy first set, breaking his rival for the third time in the 10th game.

Djokovic, the 18-time Grand Slam titlist, maintained the momentum and continued to control the match, converting two more break points in the second set to improve to a perfect 10-0 W/L record in 2021.

“It feels great to be back and also playing in Monaco, where I reside,” said Novak in his post-match interview. “I have used this club as a training base for almost 15 years, so it feels like playing at home. It was a very good encounter. I thought it was a great first match and a big challenge for me. Jannik is in form. He played the final in Miami and has been playing well. I just hung in there today and managed to find the right shots and the right game at the right time.”

Next up for Novak will be Daniel Evans on Thursday. It will be their first career meeting.