Novak moves past Almagro to reach third round in Madrid 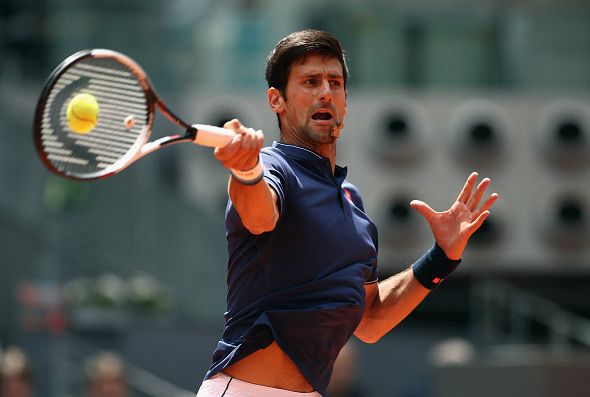 Defending champion Novak Djokovic was forced to produce some of his best tennis on Wednesday to overcome the power of Spanish wild card Nicolas Almagro at the Mutua Madrid Open.

The second seed overcame a slow start to take the opening set. He was broken in the first game, but regrouped quickly to capture six games in a row for 6-1 after 26 minutes of play.

Djokovic missed his break point opportunities in the seventh and ninth games of the second set. Almagro took his chance and broke in the 10th game to level the contest.

The Spaniard raced to a 3-0 lead in the deciding set, but Novak found another gear and broke twice, in the fifth and 11th games, then served it out to progress into the last 16.

“When you’re not winning too many matches, you have to build the confidence level, so to win matches like this definitely helps,” said Djokovic. “Almagro loves playing on clay. He was motivated. He has a lot of strength in his shots, a lot of precision. He can, from both corners, hit equally well. If he doesn’t make many mistakes, he can really beat anyone. But I hung in there and knew that eventually I’m going to get my chances on the second serves. When they were presented, I was ready to use them.”