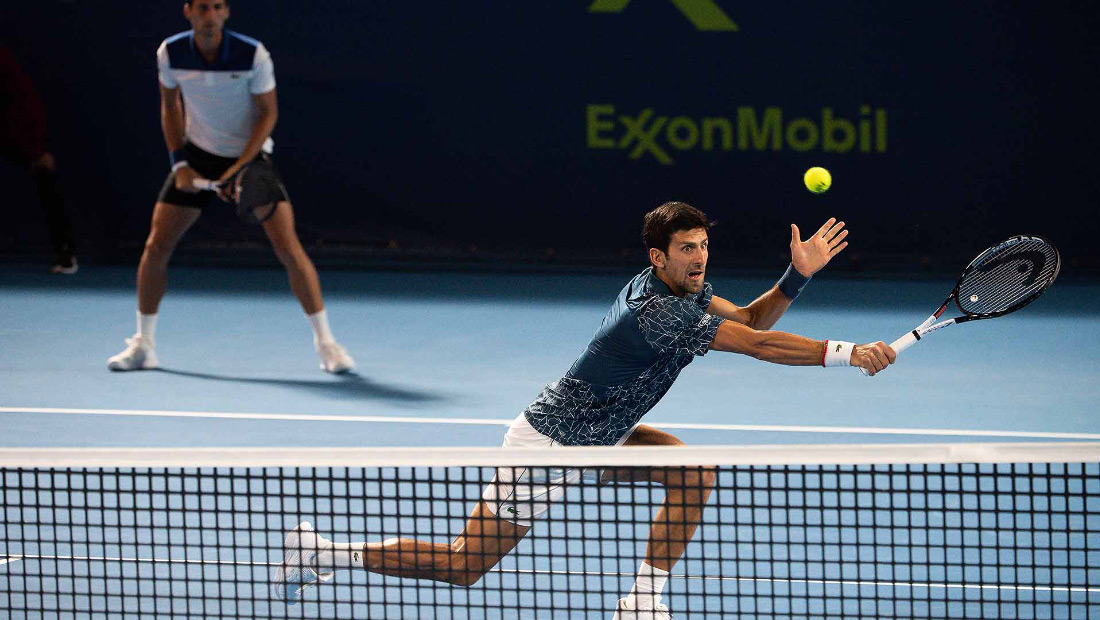 Novak got the new season underway with a dominant straight sets victory.

World no.1 Novak Djokovic made a flying start to his 2019 season as he saw off Damir Dzumhur 6-1, 6-2 in just 55 minutes in the first round of the Qatar ExxonMobil Open on Tuesday.

The top seed broke twice in each set and denied his rival a single break point opportunity, while winning 81% of points on his first serve.

“To start off the tournament as I have tonight makes me very confident and also very happy,” Djokovic said. “First day of the new year, I want to wish everyone a happy new year, lots of good emotions and lots of good tennis.”

Novak will play no.36-ranked Marton Fucsovics of Hungary on Wednesday (H2H 1-0) for a spot in the ATP 250 event quarter-finals.

In his fourth appearance at the Khalifa International Tennis and Squash Complex, Nole is looking to add a third Doha title (also 2016, 2017) to his trophy collection.

Djokovic will also be in action in the doubles, with his brother Marko, when they meet Damir Dzumhur (BiH) and Dusan Lajovic (SRB) in the last eight.

We wish you a happy and prosperous 2019!