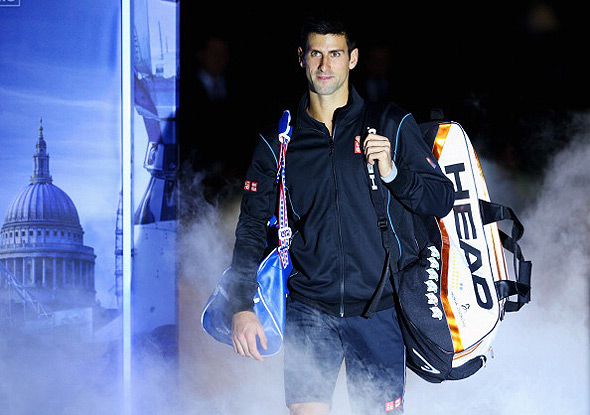 The second Group B match at The O2 Arena lasted two hours and 22 minutes.

Both players held their serve until the tenth game when Novak broke to take the opening set 6-4 in 37 minutes.

Federer made a break in the fifth game of the second set, but Novak bounced back immediately and broke serve to level. He lost his focus again and dropped his next service game to love. This time the Swiss consolidated the break for 5-3 lead. The Basel native was serving for the set at 5-4, when Nole fought back once again to equalise the result. The defending champion fended-off a break point before moving ahead and leaving Roger serving to stay in the match. The fifth seed held under pressure to force a tie-break and won it 7-2, taking the match into a decider.

Djokovic regained his composure in the third set breaking Federer’s serve twice to complete his 15th victory in 31 matches.

Novak gets 200 ATP points for his first win in the round-robin stage.

Looking ahead to the upcoming challenge, Nole said: “The quality of players in this tournament is the highest possible in tennis. It’s the best eight players in the world, every match is high quality. That’s why you have to be physically ready. Hopefully I can maintain my rhythm and play my best against Juan Martin.”

Djokovic is making his seventh straight appearance in the year-end finale (15-9). He won title in London last year without losing a match and was also crowned in 2008 in Shanghai.