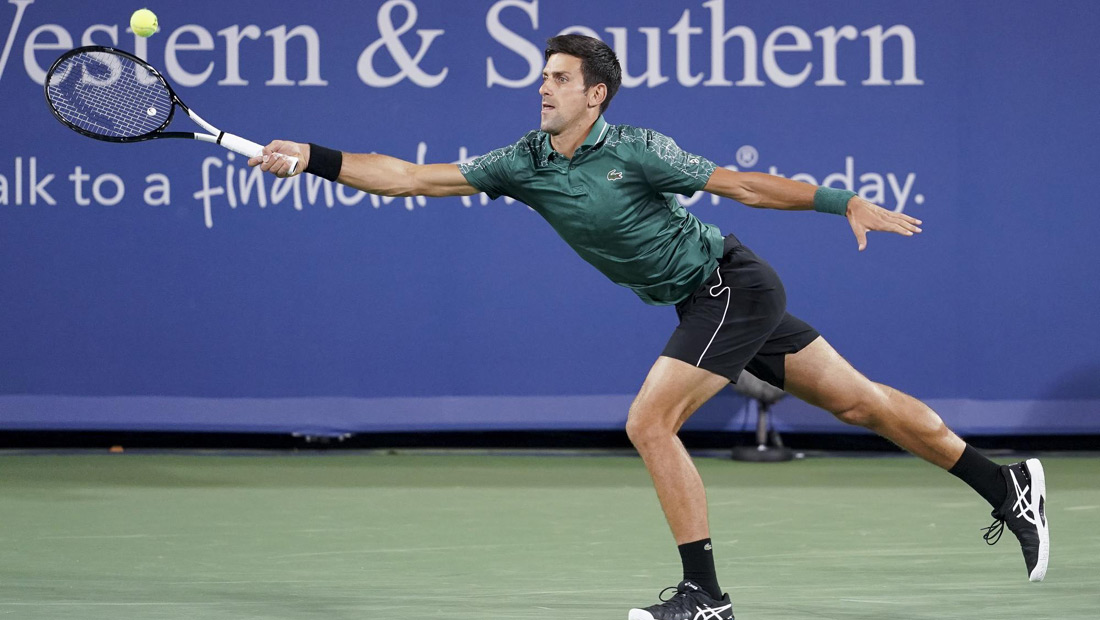 No.10 seed Novak Djokovic recorded his 29th victory of the season on Wednesday, beating Andrea Mannarino 4-6, 6-2, 6-1 at the Western & Southern Open.

Novak posted a hard-fought win after two hours and eight minutes, coming from a set down.

After saving two break points in the fifth game, Djokovic suffered a break in the seventh, and the Frenchman took the opening set.

The 30-time ATP Masters titlist responded well to going a set behind by breaking early in the second set. However, Mannarino broke back immediately. It wasn’t an overall great performance and the Serbian star struggled to find his rhythm. He was also struggling with a stomach problem but once he recovered he broke his opponent four more times till the end of the contest to progress into the last 16.

“Credit to him playing well in the first set, but I wasn’t myself. On the court I had difficulty moving around and just hitting the ball, making a lot of unforced errors. The second part of the second set and third set it was already much better. I will try to take that into next match,” said Djokovic.