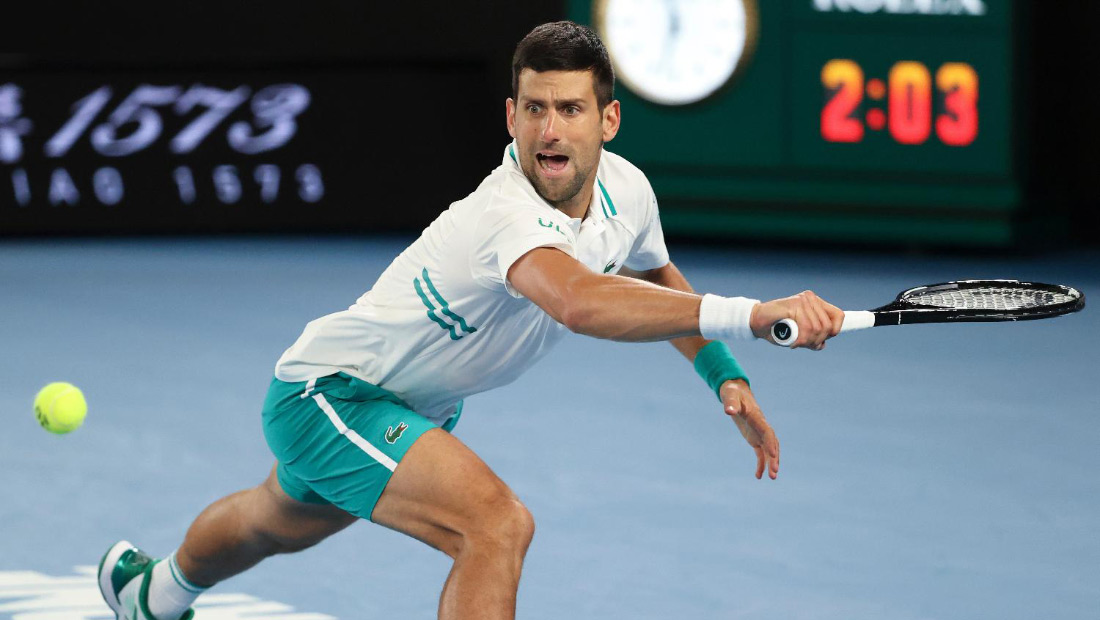 Novak was made to work hard on Sunday night. Raonic quickly tested him out with powerful serves, but came under the pressure first. Djokovic won the first three points of the first set tie-break and clinched the 56-minute opener to move ahead.

The Canadian broke in the fifth game of the second set to get back on level terms.

After 1-1 at the beginning of the third set, Novak closed it out by winning the last five games to put himself a set away from the quarterfinals.

The Serbian star made a crucial break at 4-4 in the fourth set and served it out to become only the second man, after Roger Federer, to capture 300 match wins at the Grand Slam championships (W/L 300-45).

It is Nole’s 12th career win against Raonic in as many meetings.

“I had no preparation for this match,” said Djokovic. “I used every hour I had to recover since the Taylor match. My physio and those of the ATP and Australian Open gave me their best support to get on the court. I have definitely been fitter in the past and I will continue to take each day one at a time.”

The defending champion goes on to face no.6 seed Alexander Zverev on Tuesday.

“Sascha is one of the top men’s players in the past five years,” said the top seed. “He has won the Nitto ATP Finals title and is an established Top 10 player. He has the weapons, a big serve and moves well for his height. We played an exhausting match at the ATP Cup recently and I won’t expect anything less when we meet in the quarter-finals.”