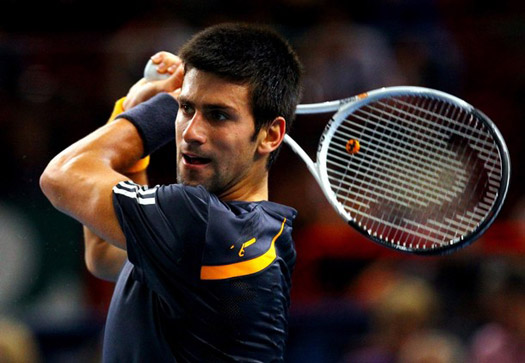 World no.3 Novak Djokovic continued his good run of form with a 6-2, 6-2 victory over world no.93 Frenchman Arnaud Clement to advance to his first quarter-finals at the BNP Paribas Masters. The match lasted 1 hour and 16 minutes.

Novak made a break in the opening game of the match, but the Frenchman broke immediately back to level the result. Djokovic made two more breaks til the end of the set and won it 6-2.

The 22-year-old Belgrade native continued playing well in the second set. He broke Clement’s service in the first and third game and soon had a 4-0 lead. Nole used his second match point to close the set and match 6-2.

Novak will next play against no.9 seed Robin Soderling. The Swede beat sixth-seeded Russian Nikolay Davydenko in three sets 6-3, 3-6, 6-4.

Their quarter-final match is scheduled on Friday at 2pm CET.