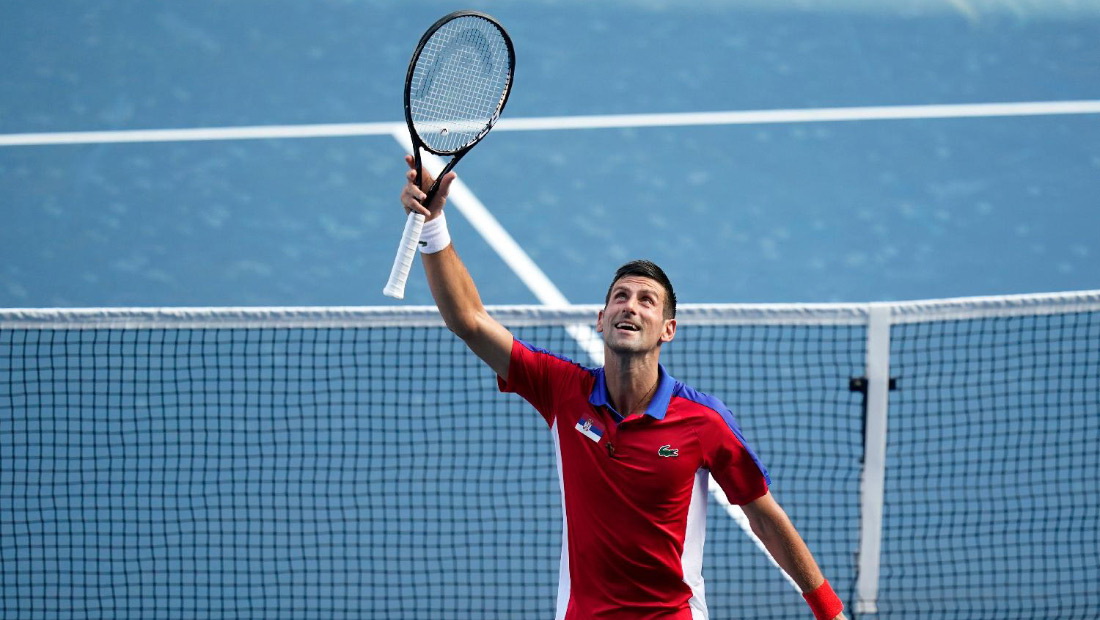 Novak remains on course for the Golden Slam after winning his QF match in Tokyo.

Djokovic converted five of his 10 break point chances and saved the only break point he faced during the 19th career meeting between the two (17-2 H2H record).

“Matches are not getting easier, but my level of tennis is getting better and better,” Novak said. “I know that I’m kind of a player that the further the tournament goes, the better I’m feeling on the court. That’s the case here. It was my best performance of the tournament tonight against a very good opponent. I know Kei’s game very well. Him playing in Japan, this court where he had lots of success. I knew that he was going to play very quick, and he was not going to give me a lot of time, so I had to be very alert. I feel I had an answer for everything he had.”

Novak goes on to play no.4 seed Alexander Zverev on Saturday. The German dispatched Jeremy Chardy (FRA) in straight sets. 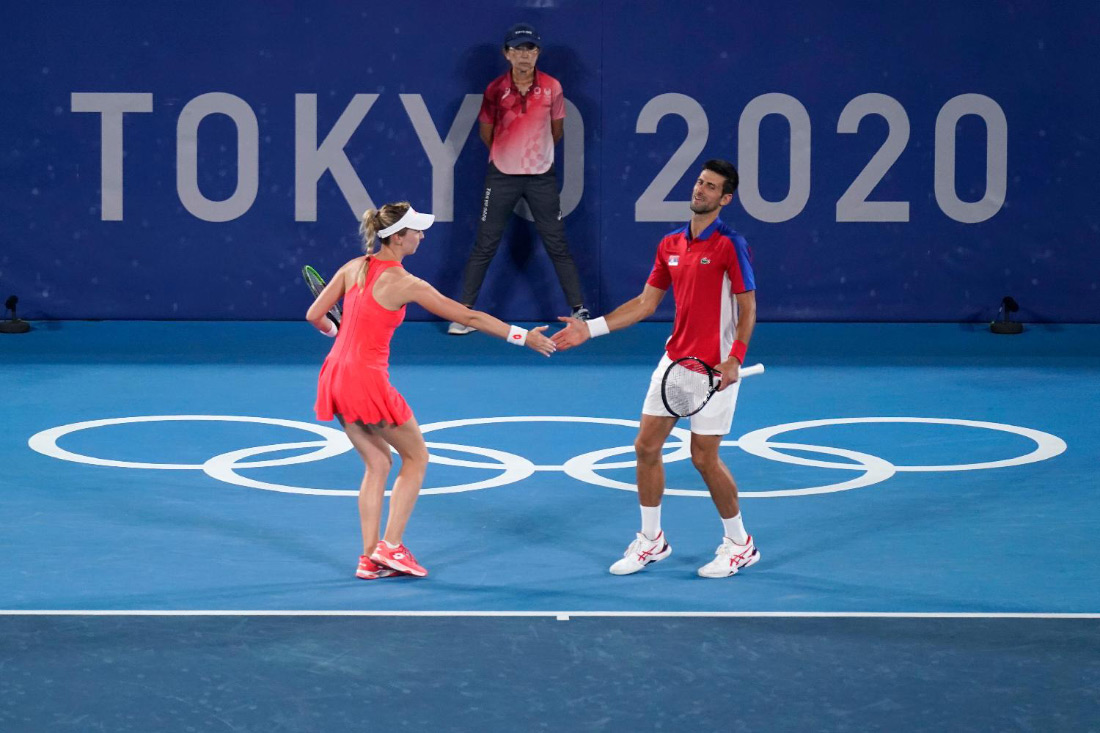 In the mixed doubles quarter-finals, Novak and Nina Stojanovic produced a dominant display to defeat Germans Kevin Krawietz and Laura Siegemund 6-1, 6-2. They will next face Aslan Karatsev and Elena Vesnina of Russia.