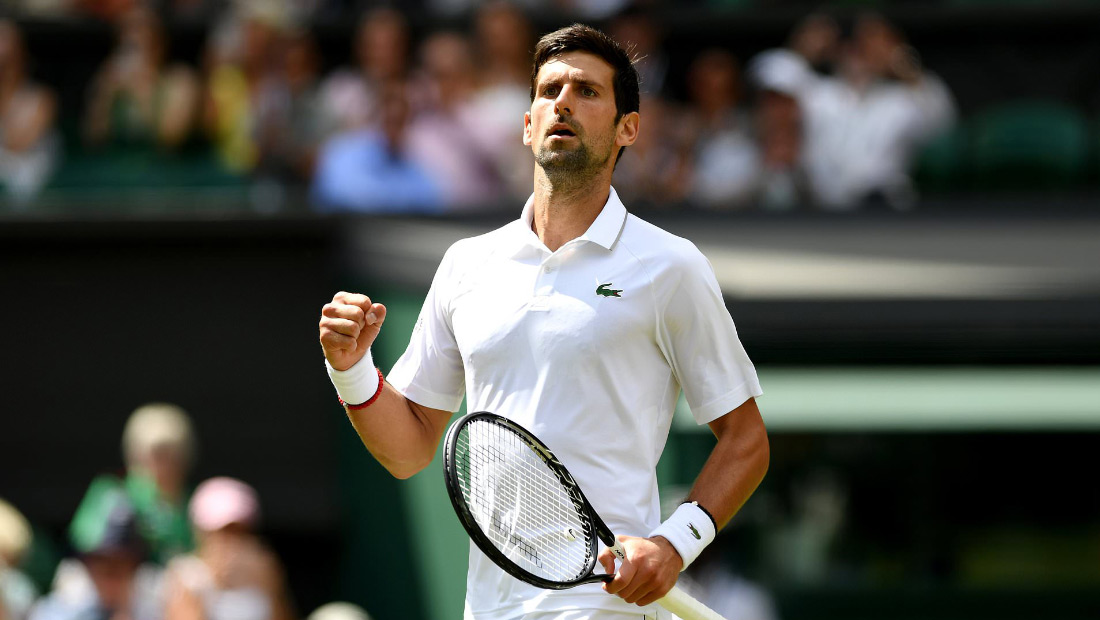 Nole moved within one win of clinching his fifth trophy at The Championships.

The four-time Wimbledon titlist sailed through the first set with two breaks of serve, hitting 12 winners to seize the momentum in the pair’s 11th H2H meeting.

Djokovic, the 15-time Grand Slam champion, experienced a drop in form in the second set, which saw the Spaniard level the contest with a break in the third game.

Novak changed his tactics and hit a higher gear in the third and fourth sets, moving on to advance into his sixth Wimbledon final (4-1) in two hours and 48 minutes.

Novak will face eight-time former champion Roger Federer in a blockbuster final on Sunday (14:00 local time / 15:00 CET) at the All England Club. The second-seeded Swiss rallied past Rafael Nadal (ESP, 3) in four sets.

Djokovic owns a 25-22 mark against Federer in H2H series.

“It’s the final of Wimbledon. This is the kind of match that I always dreamed of being part of as a young boy with the tennis racquet. This is what I worked for. I wanted to be in this position,” said Djokovic. “I have a chance to fight for a trophy, I’ll definitely give it my all.”