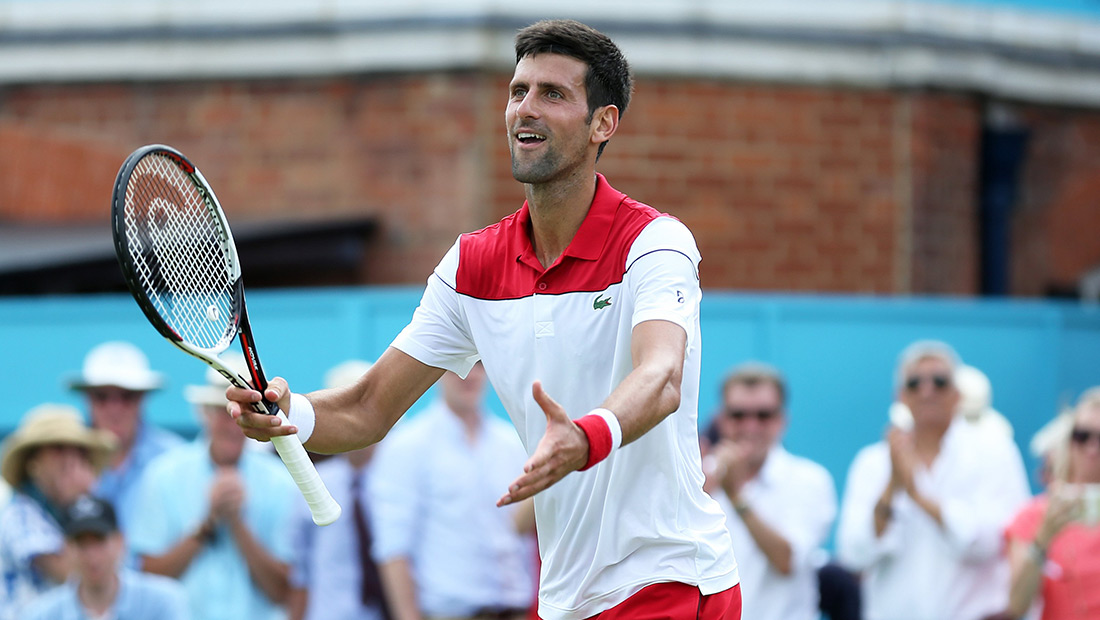 Former world no.1 Novak Djokovic, a runner-up at The Queen’s Club in 2008, recorded a comprehensive 6-4, 6-1 victory over second seed Grigor Dimitrov in 66 minutes on Thursday. The Serbian star is now 7-1 against the Bulgarian in their ATP Head2Head series.

Djokovic made a break in the 10th game to clinch a 35-minute opener. The 31-year-old Belgrade native continued his momentum in the second set by breaking in the fourth and sixth games and served it out on his fourth match point to advance.

“I’m still kind of finding my form,” Djokovic said. “This was a great test, playing against one of the top players in the world, a player that I guess prefers this surface the most. It was a great challenge that I was looking forward to. I was very focused; I was very determined to play my best, especially after my great performance in the first round. I guess I broke his resistance in that 10th game of the first set. He made a couple of crucial double faults that allowed me to get ahead, but I thought I was just making him play in big moments and I served well when I needed to. So it was a very good performance.”