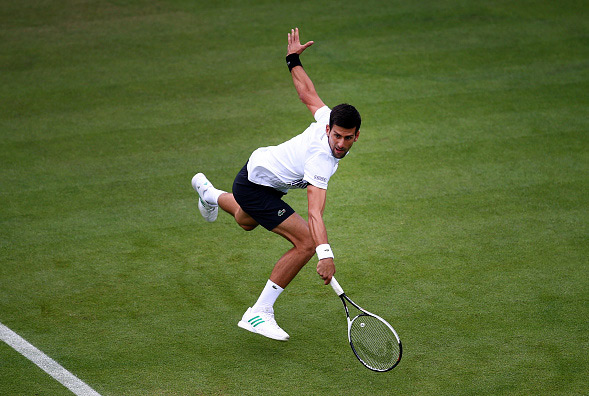 World no.4 Novak Djokovic beat ATP Next Generation star Daniil Medvedev 6-4, 6-4 in their Aegon International semi-final at Eastbourne on Friday.

The top seed has not dropped a set in three matches on his debut at Devonshire Park.

It was Nole who grabbed the first break in the fourth game, but the Russian managed to fight back. The turning point came with Novak serving at 3-4. He saved three break points and then used that momentum to break Medvedev again in the ninth game.

Djokovic opened the second set with another break and never looked back, winning 86 % of his first-serve points. The match lasted one hour and 22 minutes.

The Serb, seeking his first title on grass outside Wimbledon, will take on second seed Gael Monfils on Saturday (H2H 13-0). The Frenchman outplayed his compatriot Richard Gasquet in three sets (6-2, 6-7, 7-6).