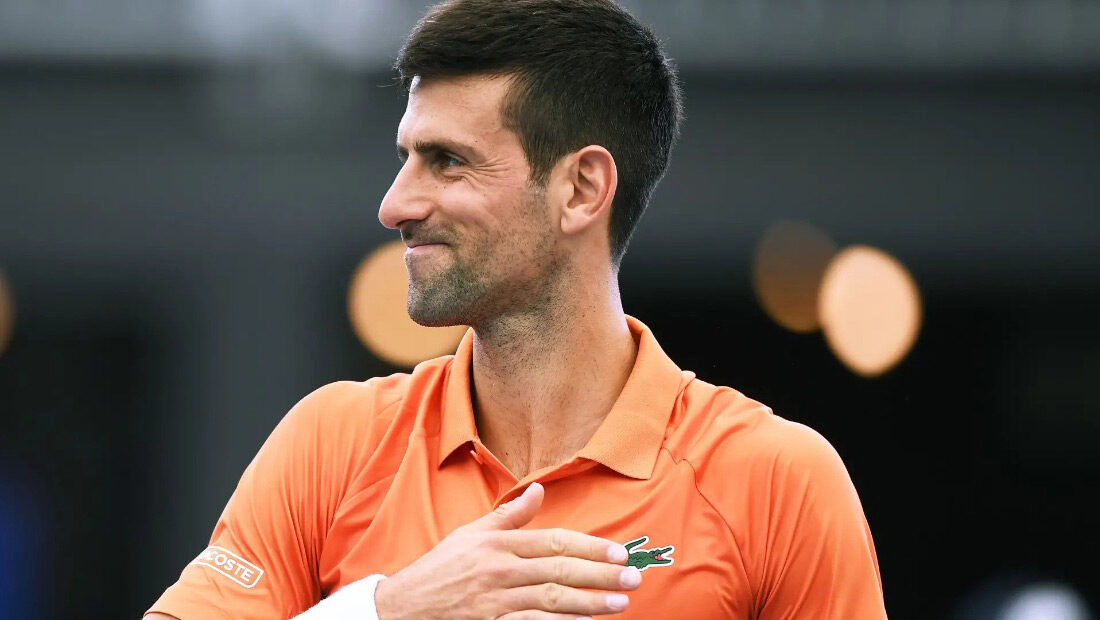 Novak prevails against Halys to reach quarter-finals in Adelaide

Top seed Novak Djokovic remained on course for the second title in Adelaide.

The Serbian star moved into the quarter-finals of the Adelaide International I after beating Quentin Halys 7-6 (3), 7-6 (5) at Memorial Drive Tennis Centre on Thursday.

Novak was down 2-5 in the opening set, but he found his rhythm with confident play as the match progressed. Halys, ranked no.64, made a break in the second game and consolidated it for 3-0 lead. Nole fought back in the ninth game and eventually beat the Frenchman in two tie-breaks. The match lasted one hour and 55 minutes.

“It took me some time to really adjust to his game. I didn’t read his serve very well. It was a great performance from my opponent today. I want to congratulate him for great quality and a great fight,” Djokovic said. “Tough luck but he played like a top 10 player today no doubt. As far as my game goes I feel good on the court. I didn’t have such a great start, I lost my serve early. He was serving really well, fast, big serves, hitting his spots in the box very well. Just difficult to play in this kind of court that is really fast. It kind of favours the server. If you’re serving well, it’s tough to break the serve of a big server like him, so two tiebreaks were probably the most realistic score of today’s match. Just glad to overcome the tough challenge.”

The 21-time Grand Slam champion will next face no.7 seed, Denis Shapovalov. The Canadian advanced to the last eight earlier in the day with a 6-4, 6-3 win over Russian qualifier Roman Safiullin.

Novak has won all seven previous encounters with Shapovalov. They last met in the 2021 Wimbledon semis, where the Serb prevailed in three close sets, 7-6, 7-5, 7-5.

Looking ahead to his next match, Djokovic said, “Denis is one of the most complete players out there. He has a very dynamic style of tennis. He has a big serve, comes to the net, is comfortable playing at the back of a court and he’s a great athlete. I haven’t played him for a while so I’m looking forward to it. Every match from here gets tougher and I’m gonna be ready for that.”