Novak pulls out of China Open due to elbow injury 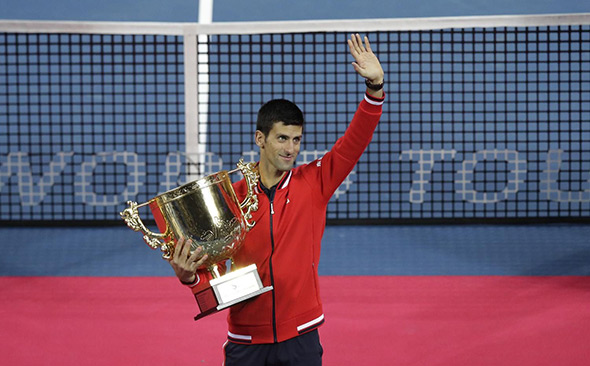 World No. 1 Novak Djokovic will miss next week’s China Open in Beijing due to an elbow injury.

The six-time China Open titlist owns an undefeated 29-0 record at the ATP 500 event.

“I am extremely disappointed not to be able to compete at the China Open this year. I’m still recovering from my elbow injury and have been advised not to play until my condition improves. I will continue with my rehabilitation and hope to be able to return to the ATP Tour as soon as possible,” the 2016 Australian and French Open champion said. “The China Open is one of my favourite tournaments. I have had a lot of success there, winning the title six times. I love competing in front of the passionate Chinese fans and I look forward to coming back to Beijing in the future.”

The 18th edition of the China Open will be held at the National Tennis Center in Beijing, China, from October 3 to October 9. Last year, Nole beat Rafael Nadal in the final 6-2, 6-2.