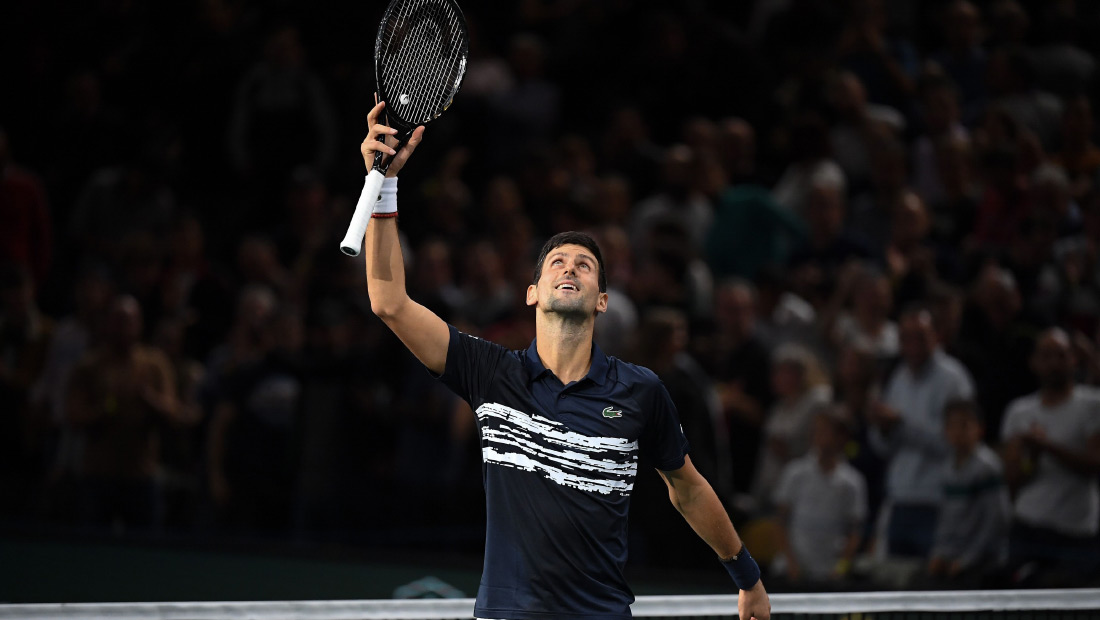 Novak puts on masterclass to set up Dimitrov semis in Bercy

Nole is two wins away from a fifth title in Bercy after impressive display in quarters.

Top seed Novak Djokovic was imperious in his quarter-final match against Stefanos Tsitsipas on Friday. The Serbian star was absolutely majestic as he masterclassed the seventh-seeded Greek 6-1, 6-2 in just 58 minutes to reach his fifth semi-final at the Rolex Paris Masters.

Novak broke twice in each set, having denied his rival a single break point opportunity. With the win, Djokovic evened the score against Tsitsipas, they are now tied 2-2 in H2H meetings.

“I played one of the best matches of the season. I prepared myself very well for this match,” Novak said. “I lost to Stefanos about three weeks ago in Shanghai, and obviously I went through the videos to better understand what I did well, what I didn’t do so well, what I can do better. I served well. I read his serve very well, also. Put him under pressure constantly. It was a great match.”