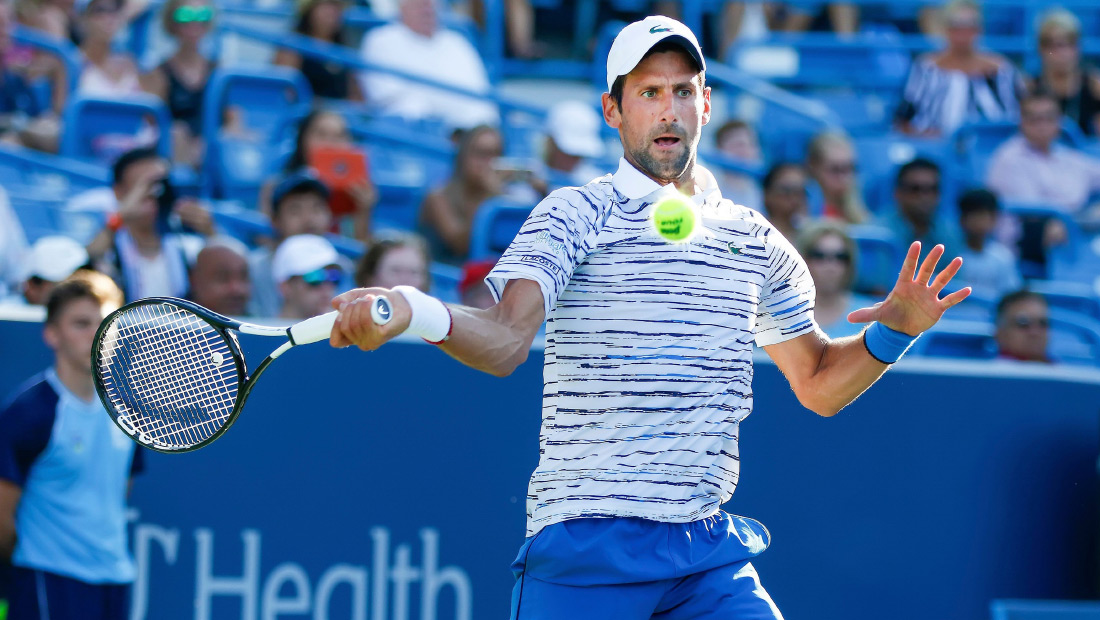 Novak marches on into Cincinnati quarter-final

World no.1 Novak Djokovic cruised into the quarter-finals at the Western & Southern Open after a masterclass performance against qualifier Pablo Carreno Busta on Thursday night.

Novak, who became the first singles player to achieve Career Golden Masters by claiming the 2018 Cincinnati title, captured a 6-3, 6-4 victory over the Spaniard in one hour and 30 minutes.

One break of serve in each set was enough for the top seed to defeat his rival and improve to a 37-6 W/L record on the season.

The 32-year-old Serbian star saved all four break points he faced during the clash and was 12/14 on net approaches.

“I’m very pleased with the performance today because I played against a very good, quality player tonight. It’s a straight-sets win, but probably the score doesn’t indicate how tough it was on the court,” Djokovic said. “Overall, it was a really, really good match.”