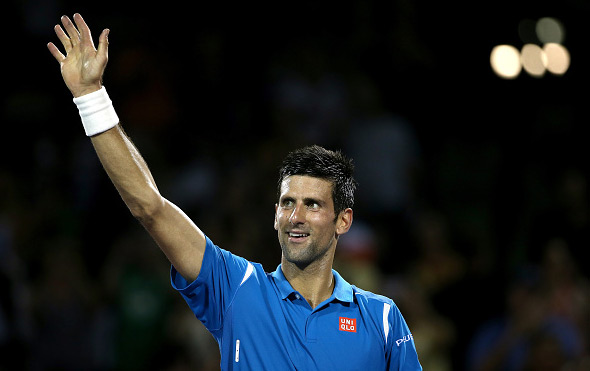 ATP World Tour no.1 Novak Djokovic outplayed no.7 seed Tomas Berdych 6-3, 6-3 in a quarter-final encounter on Wednesday night to reach the last four of the Miami Open, the second ATP Masters 1000 tournament of the year.

In the pair’s 25th meeting, Novak drew first blood with a break of serve in the second game. The Czech fought back immediately, but Djokovic then secured a one-set lead with a second break of Berdych’s serve in the fourth game.

The top seed and five-time champion broke twice in the second set, in the first and ninth games, and moved within two wins of a record-tying sixth crown at Crandon Park.

Nole claimed his 40th match win in Miami in one hour and 39 minutes.

“I think that this was, overall, from the first point to the last, the best match I’ve played of the tournament,” he said. “It comes at the right stage of the event for me.”

The 28-year-old Belgrade native takes a 3-0 career lead into his Friday semi-final meeting with the Belgian.

Looking ahead to the clash, Djokovic said: “It’s back-to-back semis for him, he’s been playing the tennis of his life last two years. He’s an established top 15, top 20 player, he’s got all he needs to come to top 10. He’s showing that he can be consistent as well. It’s going to be tough to play against him, he has a lot of confidence. I hope I can perform as well as I did so far in the tournament and I like my chances.”