Novak reaches second round in Basel! 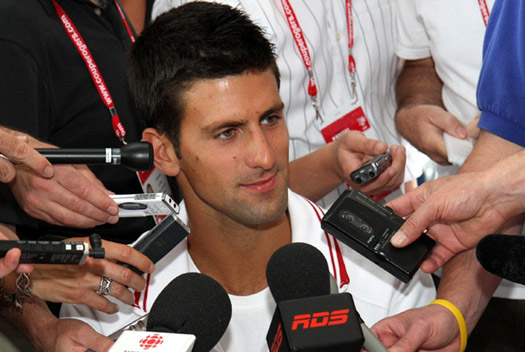 World no.3 Novak Djokovic advanced into the second round of Davidoff Swiss Indoors Basel with a 6-3, 7-5 win over world no.33 German Andreas Beck in 1 hour and 27 minutes on his debut at the ATP World Tour 500 indoor hard-court tournament.

Novak made breaks in the second and sixth game of the first set for convincing 5-1 lead. Beck broke back once when no.2 seed was serving for the set and then held for 5-3. Djokovic was more successful in the ninth game and closed it 6-3.

Nole failed to convert two break points in the third game of the second set. The 22-year old Serb faced scare in the eighth game, but held to level the result to 4-4. He made a crucial break in the eleventh game and then served it out for 7-5.

Djokovic will play against world no.59 Jan Hernych for a place in the quarter-finals on Thursday. The Czech defeated Australian qualifier Peter Luczak 6-3, 6-4.