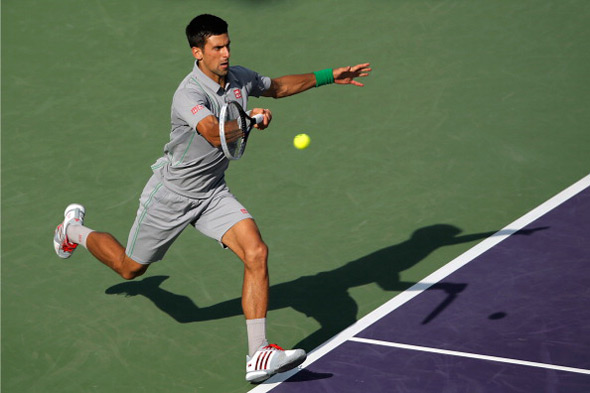 Nole is through to his fifth Miami Masters final.

Second seed in Key Biscayne Novak Djokovic moved on to the finals of the Sony Open Tennis on Friday after his semi-final opponent Kei Nishikori of Japan (20) withdrew from the tournament with a left groin injury.

The world no.2 will bid for his fourth Miami title on Sunday against the top-ranked Rafael Nadal who advanced after no.7 seed Tomas Berdych pulled out from their semi-final clash due to gastroenteritis.

Novak has 17 wins in 39 matches against the Spaniard. He won their last two meetings, the most recent in the title match at the Barclays ATP World Tour Finals (6-3, 6-4).