Novak reaches third round in Cincinnati 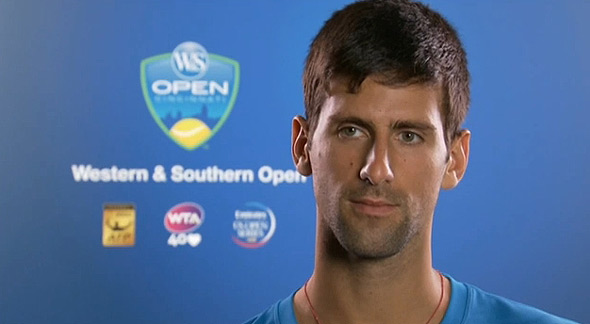 Top seed Novak Djokovic recorded a 7-5, 6-2 victory over world no.32 Juan Monaco in second round action of the Western & Southern Open on Wednesday.

The match lasted one hour and 17 minutes.

Novak now has an 8-0 career head-to-head advantage against the Argentine.

Djokovic made a break in the fourth game and consolidated it for 4-1 lead. Monaco fought back breaking Novak’s serve twice, earning the opportunity to serve for the set. However, Nole played a great game and managed to level the result to 5-all. One more break for the reigning world no.1 in the 12th game brought him one-set advantage.

From there, is was the Nole show. He took the momentum and with two breaks, in the fourth and eighth games, won the second set and match 6-2.

If he wins the title he will become the first singles player to complete the Career Golden Masters by winning all nine ATP World Tour Masters 1000 titles.