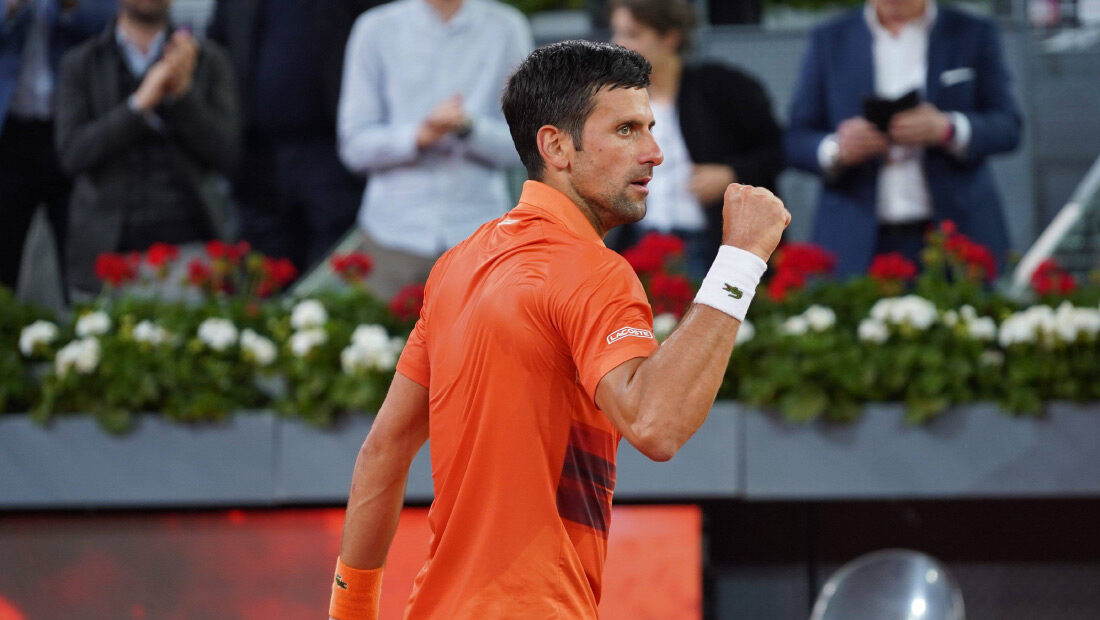 Novak rolls past Hurkacz to reach semis in Madrid

Top seed Novak Djokovic continued his quest for a fourth title in Madrid and his first title of the season with a comfortable 6-3, 6-4 win over 12th seed Hubert Hurkacz on Friday afternoon.

The world no.1 broke the Pole once in each set to seal the victory in one hour and 21 minutes, booking his place in the Mutua Madrid Open semi-finals.

Djokovic looked comfortable on Manolo Santana Stadium. He dominated the play and controlled points with powerful and accurate groundstrokes to improve to a perfect ATP H2H record against Hurkacz to 4-0.

The 34-year-old Belgrade native stormed to a 3-0 lead in the opening set and went on to take it after 33 minutes.

Nole carried the momentum into the second set and grabbed a crucial break in the fifth game. He closed out the triumph on his fourth match point.

“I was serving really well in the second set, I think that kept me alive,” Djokovic said. “I’m pleased with the way I was constructing points. I tried to make him run and miss, and overall it was a solid performance. It is definitely warmer today, even in the past two hours since the warm up, the bounce of the ball has increased by two metres. He is tall and with his rotation in this altitude, everything bounces really high, so I was standing deep in the court, trying to mix things up, put pressure on his first serve. It took us both time to adjust, the second set I think was better quality.”

For a place in the ATP Masters 1000 tournament final, Novak will face Next Gen ATP World Tour Finals titlist Carlos Alcaraz on Saturday at 16:00 CET.

It will be the first career meeting between Novak and Carlos.

Djokovic is aiming to win a record-extending 38th Masters 1000 crown this week in Madrid.