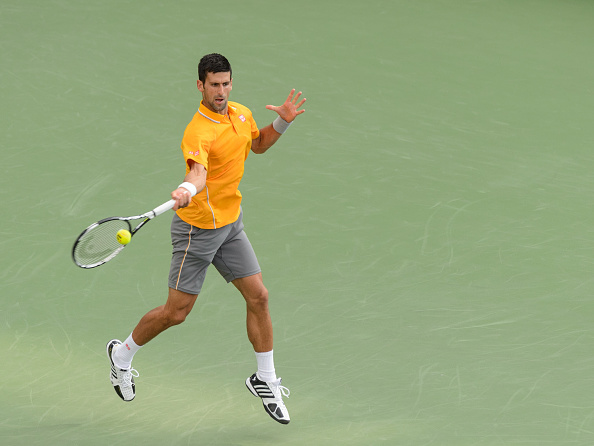 Nine-time Grand Slam champion Novak Djokovic rallied from a set and a break down and saved two match points before going on to beat Ernests Gulbis 5-7, 7-6 (7), 6-1 in the Rogers Cup quarter-final on Friday evening.

The world no.1, who has lost just three matches this season, defeated the no.87-ranked Latvian in two hours and 30 minutes, winning 80% of points on his first serve and breaking five times from nine opportunities. After fighting back to reach the decider, Novak raced through one-sided third set with a triple break.

“You have to give him credit for playing an excellent match,” said Djokovic. “He was always making me play an extra shot, and putting a lot of pressure on my second serve. I had a lot of chances and closed it out in the end, but he had a couple of match points and it would’ve been deserved if he had won this match tonight.”

The 28-year-old Belgrade native is bidding to win his 25th ATP World Tour Masters 1000 crown this week. Djokovic is a three-time winner in Canada, lifting the trophy in Montreal in 2007 and 2011, and in Toronto in 2012.

Nole has captured six titles this season, triumphing at the Australian Open and Wimbledon, and winning every ATP Masters 1000 event he has played in 2015 (Indian Wells, Miami, Monte-Carlo and Rome).

The second semi-final will be between Andy Murray (GBR, 2) and Kei Nishikori (JPN, 4). 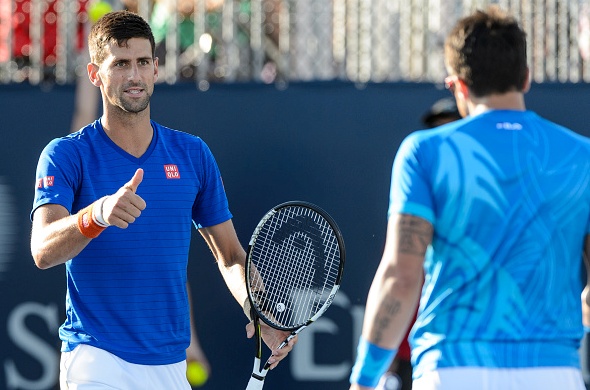 In the doubles competition, Novak and Janko Tipsarevic beat seventh seeds Jamie Murray and John Peers 6-3, 6-7 (5), 10-7 to progress into the semi-final. They will next challenge Daniel Nestor (CAN) and Edouard Roger-Vasselin (FRA).