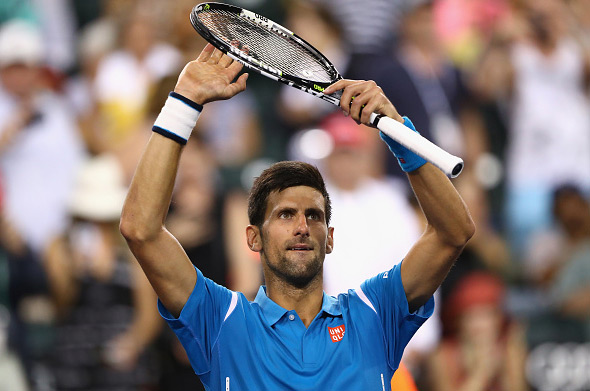 World no.1 and top seed Novak Djokovic edged past Jo-Wilfried Tsonga on Friday afternoon at the BNP Paribas Open, reaching the semi-final with a 7-6 (2), 7-6 (2) victory on Stadium 1.

It was the 21st meeting between Nole and Tsonga, Djokovic now leads their H2H 15-6.

Novak made a break in the third game and held for 3-1 lead. He failed to close out the first set when he served at 5-4, but recovered to clinch it in the tie-breaker.

Tsonga went up a break in the second set, but Djokovic fought back immediately to level at 2-2. The Frenchman saved two match points in the 10th game, before Nole again dominated the tie-break to seal the win in two hours and 6 minutes.

Djokovic won 79% of his first service points and was 14/20 when approaching the net.

Novak will take on no.4 seed Rafael Nadal (Saturday about 21:00 CET) for a place in the Indian Wells final. The Belgrade native leads their ATP Head2Head series 24-23.

Looking ahead to the semi-final challenge, Novak said: “He’s a great competitor, a great fighter. I won the past couple of times we played against each other, so maybe that can give me a slight mental advantage coming into the court. But everything is open. It’s the semi-finals. We both have won multiple titles here and hopefully we can come up with some good tennis. I hope I can deliver my best game tomorrow.”

Djokovic is chasing an unprecedented fifth Indian Wells crown. The 28-year-old Serb, who has a 20-1 record in 2016, has triumphed at the Indian Wells Tennis Garden in the past two years, adding to the titles he won in 2008 and 2011. He has a 45-6 record in the desert.