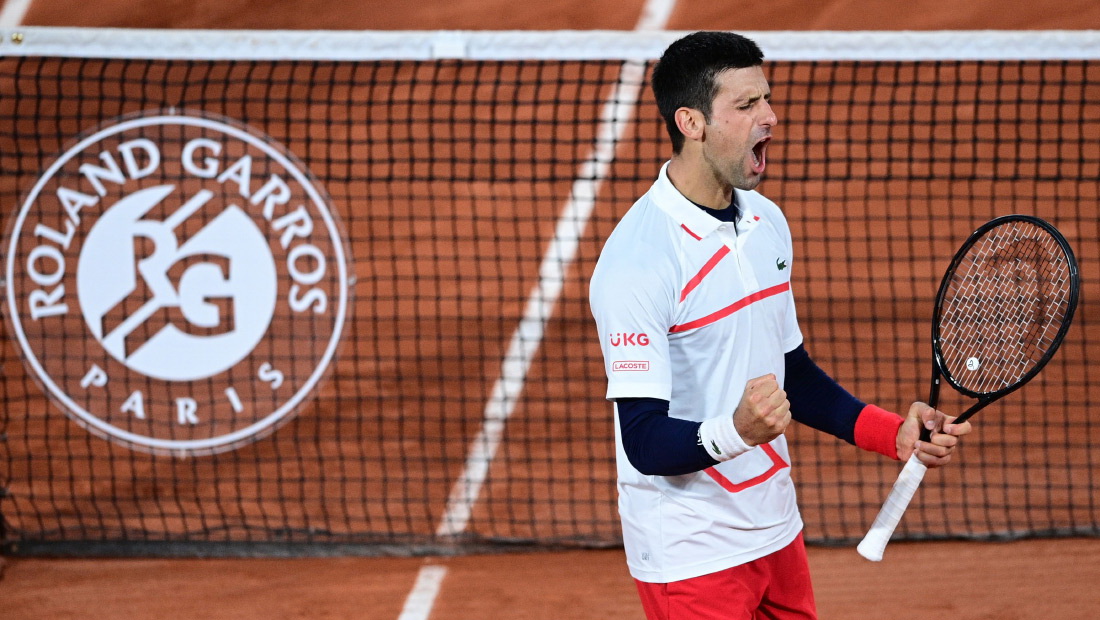 Nole is one win away from becoming the first man in the Open Era to lift each of the four Grand Slam titles on multiple occasions.

Novak has withstood a courageous fightback from Tsitsipas to win a remarkable men’s semifinal on Friday. The world no.1 has been tested by the fifth-seeded Greek, but has played with confidence in crucial moments to seal the win in three hours and 54 minutes.

Novak started in great form, breaking his opponent once in the first set and twice in the second. With a break in the ninth game of the third set, Djokovic earned himself a chance to serve for the match. However, he failed to capitalise on his match point, and the 22-year-old Greek stepped up his game to produce sensational tennis. Tsitsipas won five games in a row to take the third set and gain a 2-0 lead in the fourth. Novak broke back to draw level, but got broken again in the 10th game on a netted drop shot attempt to enter a deciding fifth set. The 17-time Grand Slam champion raced to a triple-break emerging victorious in a thrilling last four clash.

Novak will attempt to become the first player in the Open Era to claim all four Grand Slam singles trophies on multiple occasions when he faces Rafael Nadal for the trophy on Sunday at 15:00 CET.

It will be their 56th career meeting. The 33-year-old Serbian ace leads Nadal 29-26 in their ATP H2H series, but trails 1-6 against the Spaniard at the French Open.

The second seed recorded a 6-3, 6-3, 7-6 win against Argentine Diego Schwartzman.

If Djokovic captures his 18th Grand Slam crown in Paris, he will narrow the gap on Roger Federer (20) and Rafael Nadal (19) at the top of the major titles leaderboard.