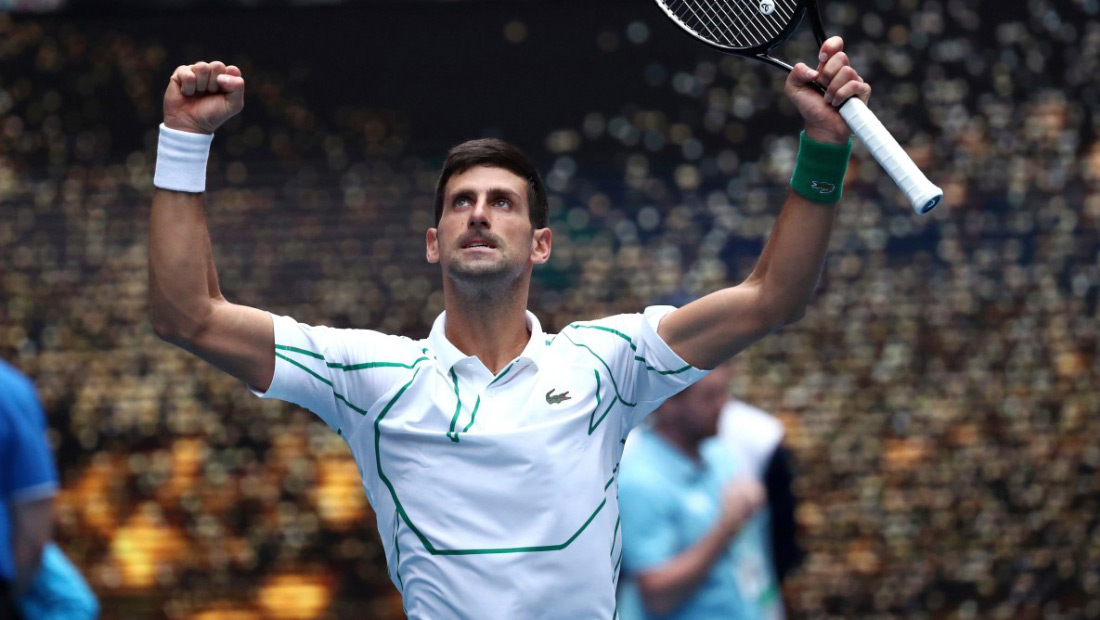 Another masterclass performance from Novak.

The seven-time Melbourne titlist reached his 11th Australian Open quarter-final following a 6-3, 6-4, 6-4 triumph over no.14 seed Diego Schwartzman on Sunday.

The defending champion broke for 5-3 and served out the opening set before grabbing two early breaks in the second for 3-0 lead. Schwartzman attempted to get back on terms. He broke back once, but Djokovic closed it safely.

The 32-year-old Serbian star converted his break point chance in the fifth game of the third set and wrapped up the contest by serving out to love.

“It’s the fourth round of a Grand Slam and Diego is a quality player. He’s had a terrific tournament in the first three rounds. I knew if I gave him time, he could do a lot of damage. He’s one of the quickest players on the Tour,” Djokovic said in his on-court interview. “I tried to mix it up a bit, hit a few slices and bring him into the net sometimes. It worked well today.”

Novak will next play 32nd seed Milos Raonic, whom he has beaten in all nine of their previous meetings.

Ahead of the Raonic challenge, Nole said: “A quite different match than the one today. He’s one of the tallest and strongest guys physically on the Tour. He has one of the biggest serves. I’ve got to be ready for missiles coming from his side of the net. I played him here and remember it well… One of the key elements will be how well I’m returning and how confident I am on my service games.”