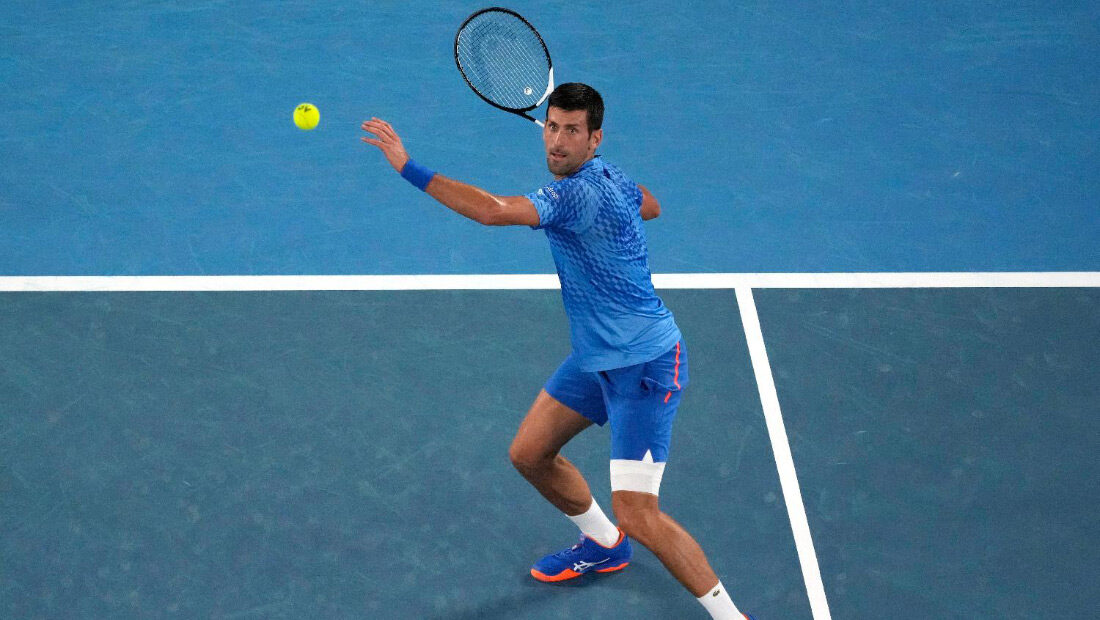 Back at the Australian Open for the first time since he lifted the championship trophy for the unprecedented ninth time in 2021, fourth seed Novak Djokovic recorded his 22nd consecutive win in Melbourne to kickstart his title bid.

Nine-time champion Novak Djokovic began his campaign for a record-extending 10th title in Melbourne with a 6-3, 6-4, 6-0 victory over world no.75 Roberto Carballes Baena on Tuesday evening.

The Serbian star breezed past the Spaniard in two hours and two minutes to reach the second round. He broke once in each of the first two sets. The third set was a one-way traffic, with three breaks of serve for Novak, who saved all three break points he faced during the match.

It was the pair’s second ATP H2H meeting. Djokovic won his only previous match against Carballes Baena in straight sets at the 2019 US Open.

“Unbelievable atmosphere,” Nole said in his on-court interview. “Thank you for the reception which I could only dream of. I really feel very happy that I’m back in Australia. This court is the most special of my life and I couldn’t ask for a better start to the tournament. I was very pleased with the way I played in the third set. I didn’t give him much chance to breathe and served well.”

Djokovic can secure a return to No.1 in the ATP Rankings by lifting the trophy.