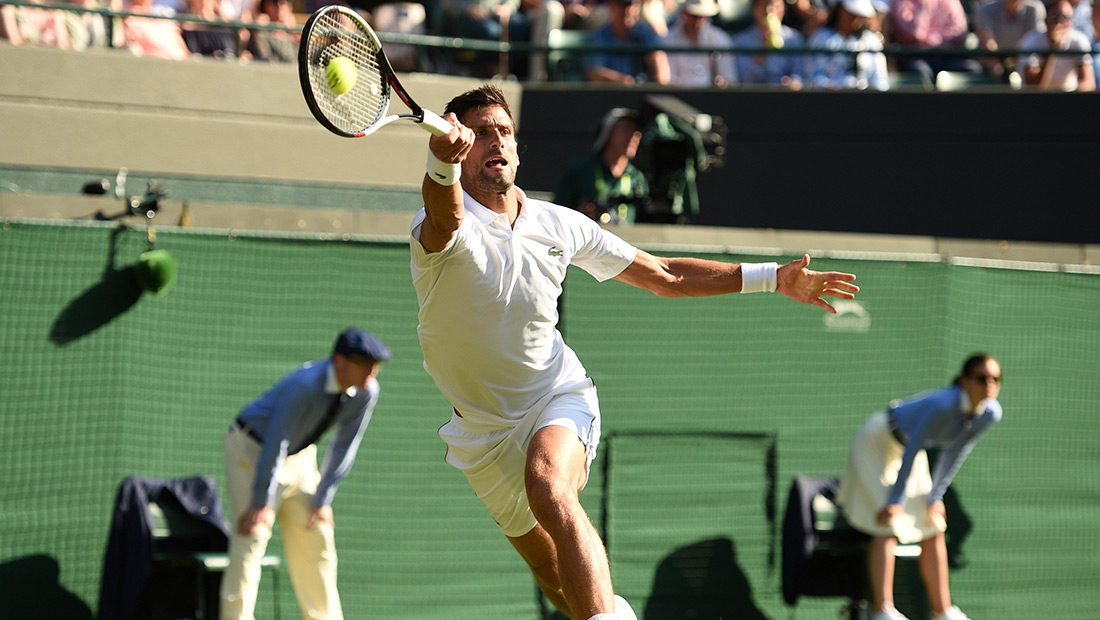 SW19: Novak strolls into second round

Dominant Novak wasted no time in defeating Tennys Sandgren on No.1 Court.

Three-time former champion Novak Djokovic breezed past world no.57 Tennys Sangren in straight sets in his opening match at the Wimbledon on Tuesday.

The 12-time Grand Slam titlist was in a different class to his opponent and showed his full arsenal of shots against Sandgren in their first meeting.

He broke the American seven times in a dominating performance and maintained his record of never having lost in the first round in London in 14 appearances.

“It was windy and it was one of those days you want to start well and get that first set under your belt and start to feel more comfortable,” Nole said. “I didn’t want to give him an opportunity to come back to the match. I do feel good, it’s quite refreshing and I’m looking forward to see how I progress in this tournament.”

Novak recorded his 59th match win at The Championships and tied John McEnroe on 5th position in all-time leader list.