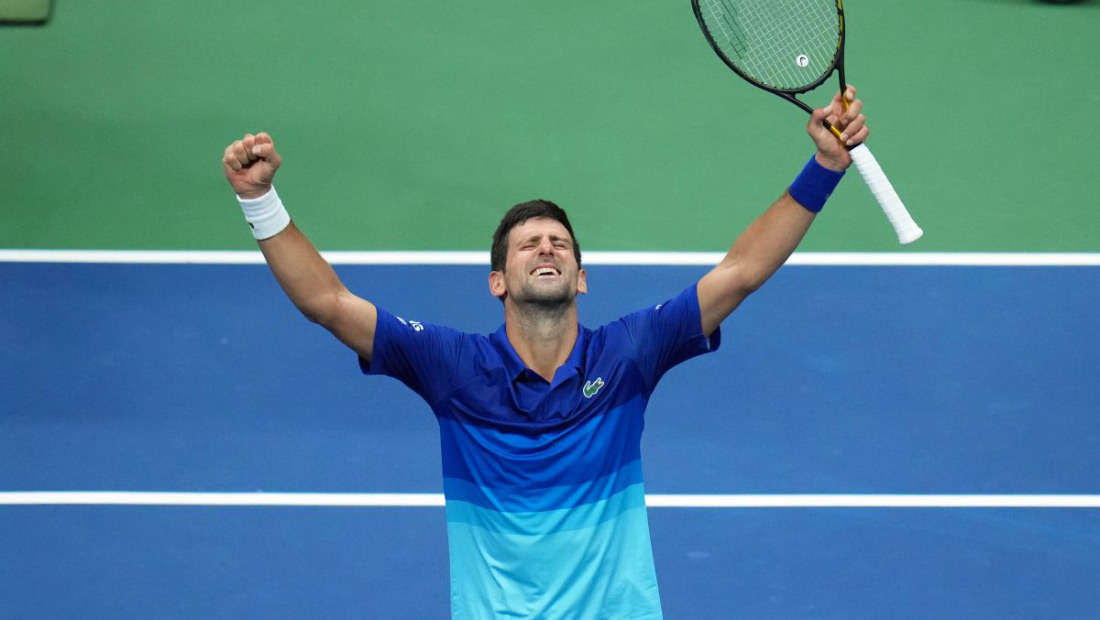 Novak strolls into US Open SFs!

Another great US Open performance by Nole, who moved one step closer to achieving a calendar Grand Slam.

Top seed Novak Djokovic rallied from a set down to beat Matteo Berrettini 5-7, 6-2, 6-2, 6-3 and secure his spot in the US Open semi-finals under the lights in Arthur Ashe Stadium, improving his record at Flushing Meadows to 80-12.

Having lost the opening set following a break in the 11th game, the Serbian star regrouped and took full control of the match to seal the win in three hours and 26 minutes.

Novak broke the Italian sixth seed five times from 16 opportunities, converting his chances twice in the second and thirds sets and once in the fourth. He now leads their head-to-head 4-0.

“Those were the best three sets that I’ve played in the tournament so far … Don’t ask me anything about history. I only want to think about my next match,” Novak said after the victory.

For a place in the US Open finals, Novak will play against last year’s US Open runner-up Alexander Zverev (6-3 H2H).

Djokovic, who is riding a 26-match winning streak at Majors, is seeking to win another two matches this week for a record-breaking 21st major championship crown and is on course for a historic calendar-year Grand Slam.