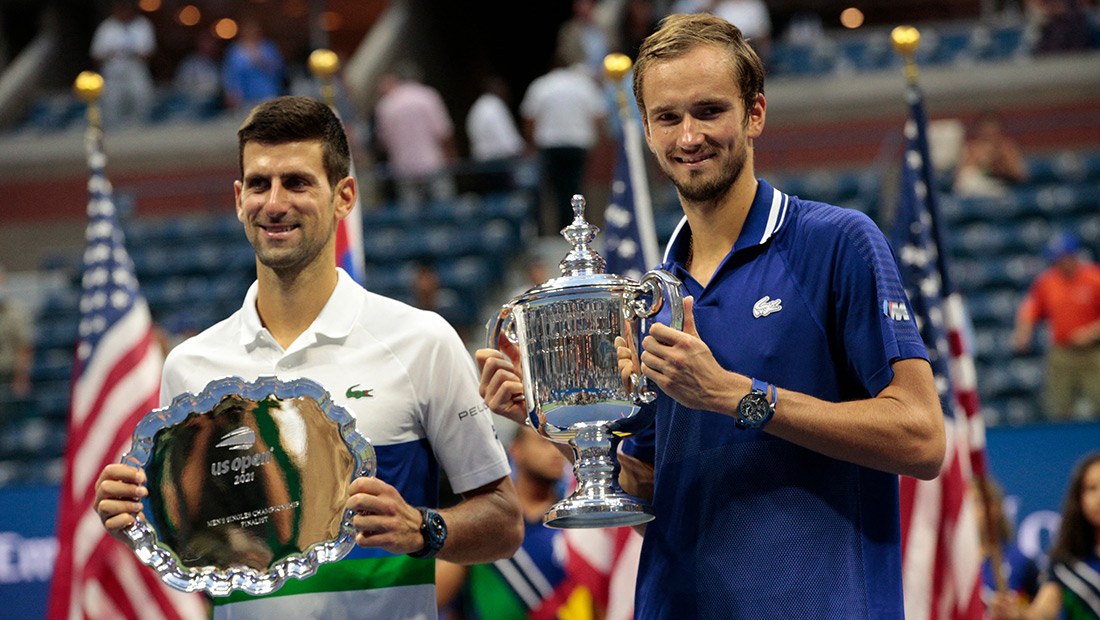 Novak stunned by Medvedev in US Open final

It was a tough day at the office for the world no.1 in Arthur Ashe Stadium on Sunday. Novak was denied calendar Slam bid after losing the US Open final in straight sets.

Novak’s bid for a record 21st Grand Slam title came to an end in the US Open final as second seed Daniil Medvedev rose to the challenge to topple the Serbian star 6-4, 6-4, 6-4 and claim the maiden major trophy.

The world no.1 had arrived in New York gunning for the calendar-year Grand Slam, something that no man has done since Rod Laver in 1969. He headed into the final with 27-0 at major tournaments in 2021.

While Novak struggled to find his rhythm, the Russian seemed determined and showed no fear against one of the best players in the history of the sport.

For the fifth-consecutive match at Flushing Meadows, Novak lost the opening set. However, this time he did not manage to turn the match in his favour.

Djokovic got off to a slow start, and was behind most of the match. Medvedev delivered an impressive performance, seizing on every opportunity presented. He had every answer for Novak during the final that lasted two hours and 15 minutes.

The top seed and three-time champion at Flushing Meadows had a low break point conversion, only 17% (1/6), while his opponent converted half of the chances he earned (4/8).

“He was hitting his spots very well, he was very determined. You could feel that he was at the highest of his abilities. My legs were not there, I was subpar, lot of UFEs, no serve,” said Novak and added on how he felt after the defeat: “Relief, I was glad it was over. The build up for the tournament, everything I had to deal with mentally and emotionally throughout last weeks was a lot. At the same time I felt sadness, disappointment and gratitude to the crowd.” 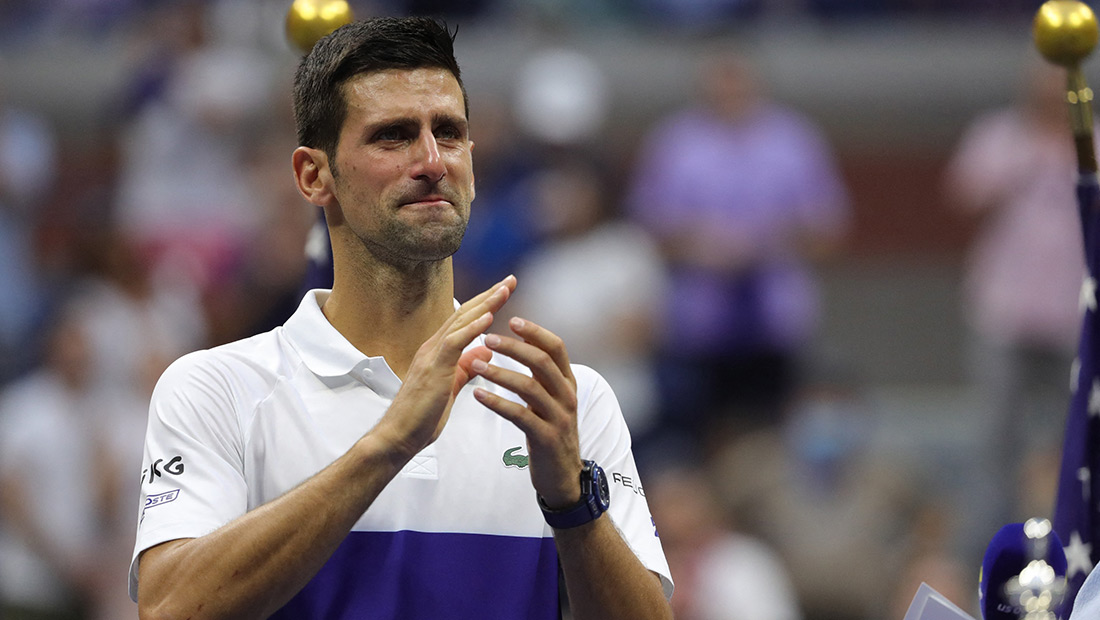 In the ATP ranking list to be released on Monday, September 13, Novak will be 1,353 points in front of the new USO champ Medvedev, standing on top with 12,133 points.

Djokovic stays level with his rivals Roger Federer and Rafael Nadal on the all-time Grand Slam singles title list with 20.