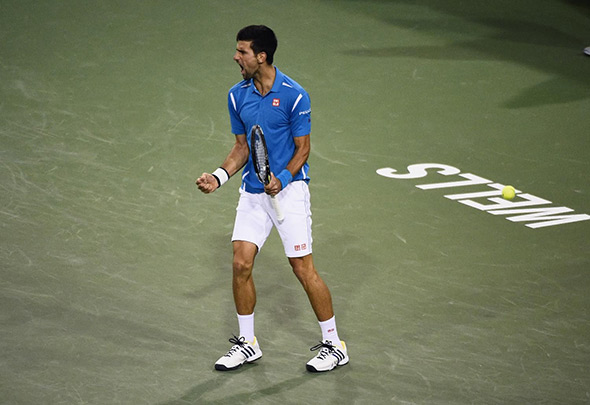 The 28-year-old Serbian star, who has won four times in Indian Wells, looked sharp right from the start. He broke Lopez three times from six opportunities, having denied his rival a single break point chance during the 65-minute clash.

Djokovic won 83 per cent of first-serve points and was 9/13 on net approaches.

“I’m glad to have a match like this, without many complications,” Novak said. “I managed to step in and return very well…even though Feliciano is a very difficult player to play against. He’s left handed and he has a big first serve and he can hit angles, comes to the net. He’s very strong and moves well. But I was very solid. I didn’t allow him to come to the net too many times. It was a good performance.”

Novak will face no.7 seed Jo-Wilfried Tsonga on Friday for a place in the last four.

The defending champion and top seed is 14-6 lifetime against the Frenchman.