SW19: Novak through to last 16 in straight sets 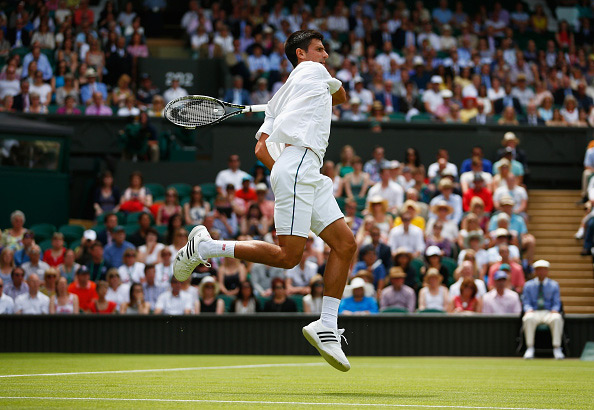 Defending champion Novak Djokovic moved through to the second week of Wimbledon with a commanding victory over no.27 seed Bernard Tomic on Friday.

The top seed produced another solid performance to beat the Australian 6-3, 6-3, 6-3 in one hour and 32 minutes, advancing into the last 16 at the All England Club for the seventh straight year.

Novak did not once drop serve during the match on Centre Court. He capitalised on four of his 13 break point chances and won 81% of points on his first service.

“It’s been great so far. I was hoping I could play better and better as tournament progresses and that is what is happening. As we are moving on, I feel more confident,“ the 2011 and 2014 titlist said. “A very good serve today, I won a lot of free points and that takes away a lot of pressure. Maybe it looks like I haven’t been tested but I have. I played a couple of good players. When you are on the court you have to earn it. It is very close to where I want to be.“

Novak will face no.14 seed Kevin Anderson on Monday for a place in the 2015 Championships quarter-finals. The 28-year-old Serbian star leads their H2H series 4-1.

Ahead of the fourth round meeting with the big-serving South African, Djokovic said: “Kevin Anderson is a very good grass court player, the opponents will get tougher and I have to be on top of my game.”