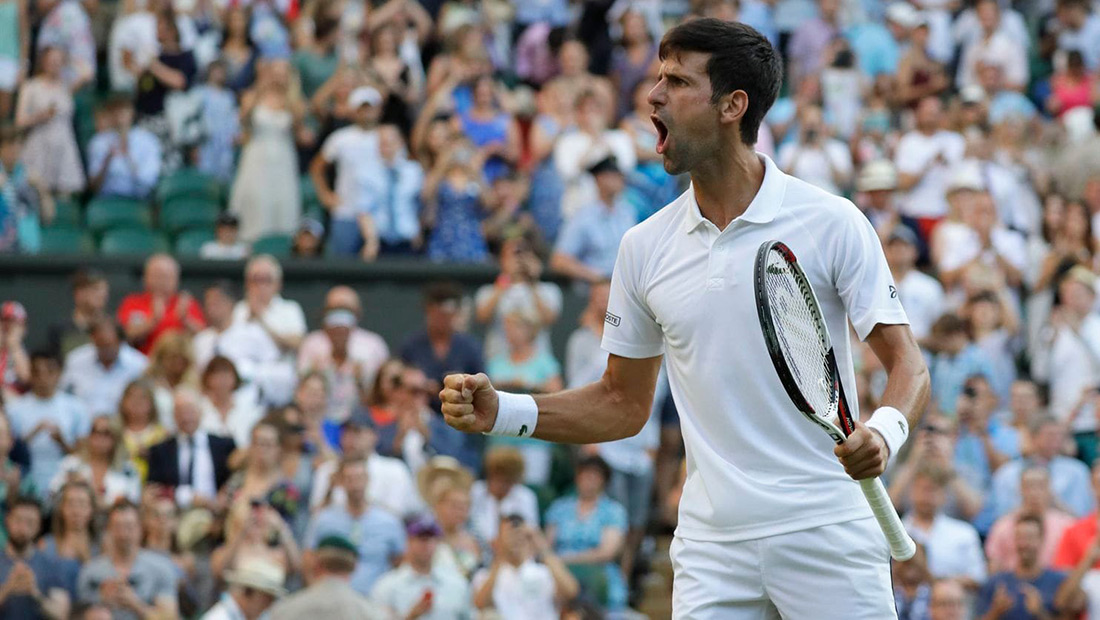 The three-time former titlist continued his run for a fourth trophy at the All England Club, clinching the victory in two hours and 35 minutes.

Novak claimed the first set from Nishikori 6-3 on Centre Court, but after missing three break point chances in the third game of the second set, Kei broke him at first opportunity for 3-1 and kept the advantage to level the battle. Down three break points at 2-2 in the third set, Nole lost just two more games to reach the first major semi-final since 2016.

“It feels great to be in the last four of a slam,” Djokovic said. “I have been building over the last couple of weeks, and the level of tennis I have played in the last couple of months felt like it was getting better and better and I feel like I am peaking at the right moment. I have been here before and I will try and enjoy this victory. I have worked very hard to try and get myself in the best possible shape for the biggest event and this is certainly one of the best.”