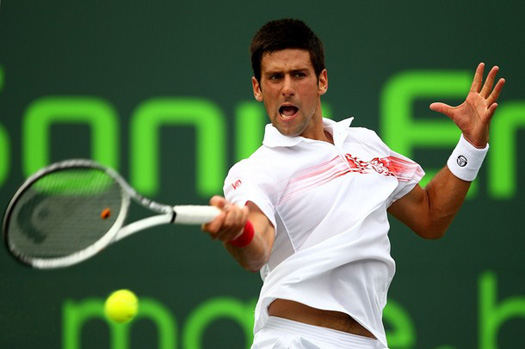 World no.2 Novak Djokovic will try to win his first grass court title at the AEGON Championships tournament which takes place from the 7th-13th June.

Novak was a finalist at The Queen’s Club in 2008, and the year before he reached the third round.

Last year, the Serb played in Halle preparing for Wimbledon, and lost to home favourite Tommy Haas in the finals.

Rafael Nadal, Juan Martin Del Potro and Andy Roddick have also announced they are competing at the tournament in London.

”It would mean a lot to me if I could go one step further than in 2008 and win the AEGON Championships at Queen’s, and then to do well at Wimbledon. The grass court season is unique and it is very exciting to play at Queen’s because the atmosphere is fantastic and there is so much tradition for tennis in England,” said Novak.

Prior to the challenges on grass courts, Novak will open his season on clay next week. Djokovic will play the first of a series of tournaments on this surface in Monte Carlo (ATP World Tour Masters 1000). The event starts on April 12. Last year, Nole lost the match for the title to Rafael Nadal in three sets 3-6, 6-2, 1-6.

Tournaments that come after Monaco will be equally exciting as Novak will defend finals in Rome, title at Serbia Open and semi-finals in Madrid.