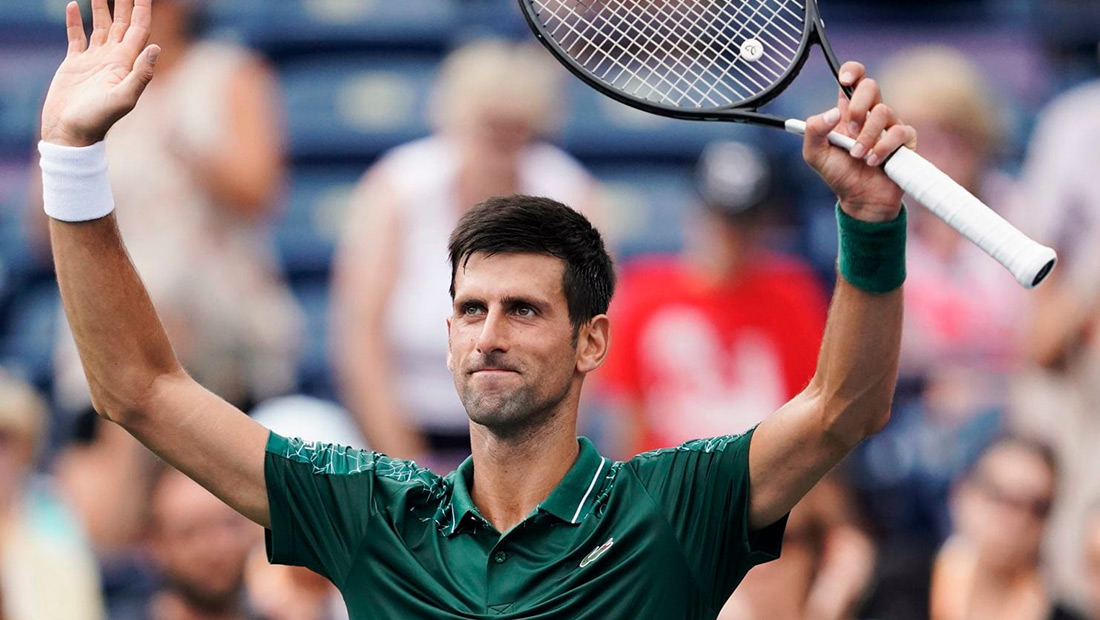 Novak tops Johnson to secure spot in R2 of Cincinnati

Novak Djokovic took to the Cincinnati courts for his first-round match at the Western & Southern Open on Monday evening.

The 30-time ATP Masters champion held off Steve Johnson, the third-highest-ranked American, capitalising on his ninth match point to advance 6-4, 7-6 (4) in two hours and two minutes.

Novak, seeded tenth, was tested by the home favourite. The Serbian star fended off a break point in the ninth game before breaking his rival to take the opening set.

He rode that momentum to jump to a 3-0 lead in the second set, but the American raised his level, winning the next four games, including two breaks of serve. Djokovic regrouped to level at 4-4. The five-time runner-up came up short on five match points in the ninth game and two more in the 12th. Nole came out on top in the tie-break to wrap up his 28th match win in 2018.

“I thought I had patches of the match where I played pretty good,” said Djokovic. “I should have closed it out earlier, but credit to him for fighting, fighting back, playing some good points when he needed to, with big serves. Overall, I’m glad I managed to close it out in straight sets, because it was becoming quite a battle, two hours, two sets.”

Novak will continue pursuit of the ‘Golden Masters’ when he meets Adrian Mannarino (H2H 3-0) on Wednesday.

With Cincinnati trophy Nole would complete set of all nine ATP Masters 1000 titles.