Novak upset by Querrey in Wimbledon third round 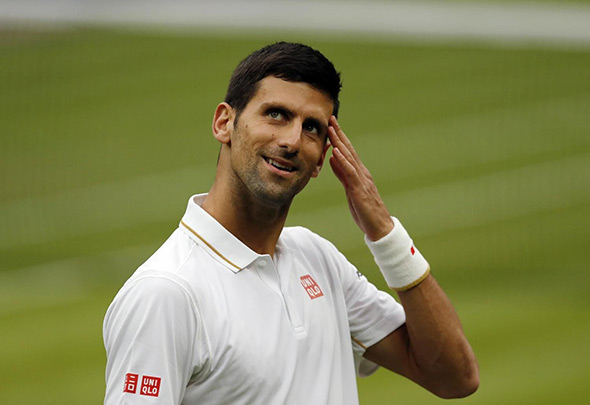 Novak suffered third round Grand Slam exit for the first time since 2009.

The 10th career encounter between the two continued on Saturday with Querrey leading 7-6 (6), 6-1 after it was suspended on Friday due to rain. When play resumed, Nole quickly took a 5-0 lead, but the American won the next three games, before the three-time titlist held serve to take the set. The fourth set was a tight battle. Novak made a break in the ninth game, but failed to serve it out. Querrey levelled at 5-all and held for 6-5 before the play was suspended for the fourth time. The Serb returned to force a tie-breaker and was 3-1 up, but Querrey was able to get the win, his first victory against a no.1 player in the ATP Rankings.

It was the first grass-court meeting between the pair, Novak leads their overall H2H 8-2.

“Congratulations to Sam. He played a terrific match. He served great, as he usually does… He just overpowered me,” Novak said. “I believe in positive things in life. I managed to win four Grand Slams in a row, two different seasons, though. I want to try to focus on that, rather than on failure. Coming into Wimbledon, I knew that mentally it’s not going to be easy to kind of remotivate myself. But the importance of this tournament is so immense that you always find ways to really get inspired and prepare and try to give your best. Obviously my best wasn’t enough this year. I had my chances maybe in the fourth set, serving for the set. In the tiebreak, I was leading. Just wasn’t feeling the ball as well as I wished. But that’s sport.”

In his 12th appearance at the most prestigious tennis tournament in the world, Novak was looking to win his third straight Wimbledon title, and fourth overall (2011, 2014, 2015).

Djokovic has already won the Australian Open and Roland Garros this year, and was trying to become the first man since Rod Laver to win all 4 majors in the same year since 1969.